Authorities Searching for the Suspect Who Murdered Gas Station Attendant 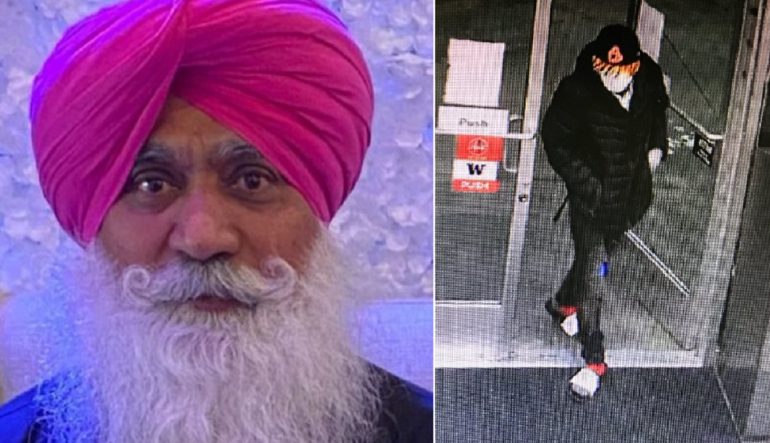 LYNNWOOD, Washington—TejPal Singh, 60, was going about his routine opening shift duties at the Chevron gas station on Highway 99 early Sunday morning September 26 like he always does seven days a week for the last 21 years.

That all changed when a masked gunman walked into the store around 5:40 a.m. and shot Singh to death. The suspect fled but not before his image was captured by surveillance cameras.

The suspect is described to be in his teens are early 20s, he wore an orange and black baseball cap, a white mask, dark pants, a black puffy jacket, and white slip-on sandals, according to the Herald.

More than 200 people showed up for a vigil Wednesday evening September 29 in front of the Chevron station to share memories of Mr. Singh.

Dozens of people cried as they walked up and set bouquets of flowers next to a framed photo of Singh on a long table in front of the store while family members recited a Punjabi prayer.

“It doesn’t feel right being in the store without Paul,” Rachel Buis stated to the Herald. “He had this bright smile, and you couldn’t help but gravitate towards him. He looked like somebody you’d known forever, even if you hadn’t. He just had a warm energy.” Buis was a good friend and co-worker of Singh.

“He was one of the most wonderful men I’ve met in my entire life,” Buis said. “He was loving and accepting of everyone, and he didn’t care about the color of their skin, or who they loved. His story needs to be spread.”

Assault on Korean Man in Rialto “Not Racially Motivated”

Singh immigrated to the United States from India in the 1980s. He got involved in the gas station business and started working at the Chevron station when it first opened back in 2000, reports the Herald.

Singh was a man of Sikh faith and spent countless hours volunteering at the Gurudwara Sikh Centre of Seattle.

He is survived by his wife, Jaswant Singh, and his three children, Harvir, Talvinder and Rajvir Singh.