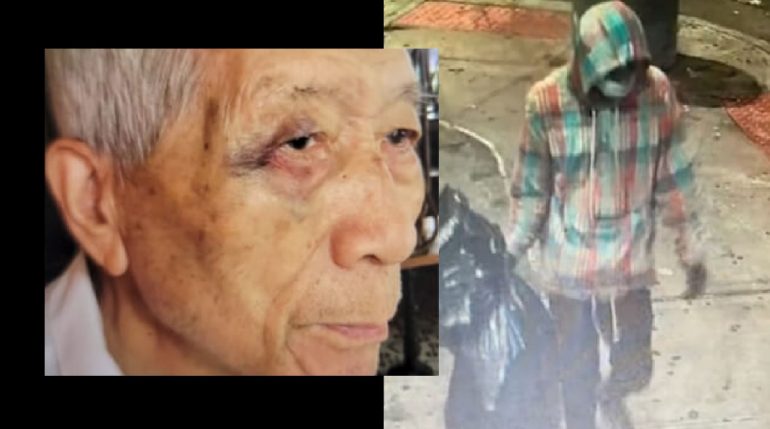 MANHATTAN, New York—A 78-year-old Asian man collecting cans on the Lower East Side was assaulted and robbed by an unknown assailant and authorities are hoping surveillance images of the suspect will eventually lead to his arrest, reports to ABC7.

The attack happened Sunday morning, around 2 .am. in front of 180 Orchard Street.

The victim spoke exclusively with ABC7 and stated he just wants to live peacefully and doesn’t want to get his attacker in trouble because he feels bad for him.

“This is mine, not yours,” the assailant screamed at the elderly Asian man before snatching his belongings, punching him in the face and thigh, and shoving him to the ground, according to ABC7.

The elderly victim speaking in Mandarin through a translator said he reported the incident to the police four days after the attack because he is in so much pain, has trouble walking, and had no choice.

ABC7 describes him as tender and frail, barely over 100 pounds, and the attacker cold-bloodily stole the cans he collects to survive.

“He doesn’t believe it’s a racist thing,” the translator said. “He just believes this guy is just homeless and he needs money. And he says that if you think about it now, if he knew or if he could speak English, he says, you know what if you need money, I’ll give you $5 so you can have something.”

Most of the time, when the perpetrator is African-American, it’s almost impossible for it to be considered “racist.”

Authorities have made no arrests.