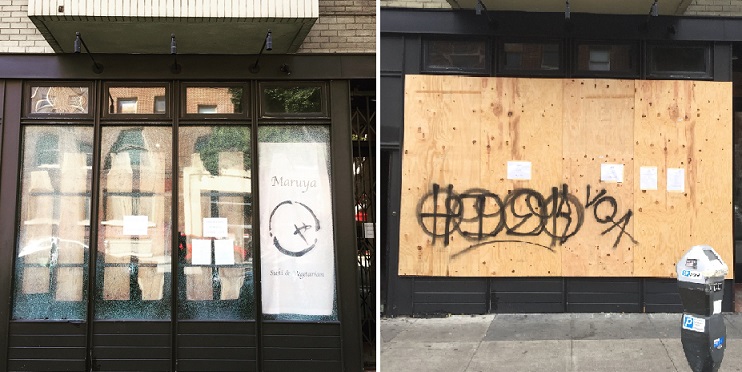 San Francisco police responded to several acts of vandalism against Asian-owned restaurants on Friday morning. These reports were within 90 minutes of each other and all happened within three blocks on the same street. These reports follow as another Asian restaurant was hit last week. Maruya on 16th St. San Francisco. All Maruya’s front windows were smashed and broken and were boarded up immediately. They were then vandalized again with graffiti the next day. Total damages are over $10,000.

Authorities first responded to Village House Restaurant on 3398 Balboa Street around 6 am. Their front window was broken, however, the owner stated nothing had been taken. Nearly 90 minutes later, police responded to another incident on Balboa Street. A Vietnamese restaurant named Kim Son and Little Henry’s, an Asian-American owned Italian restaurant.

Kim Son had a window broken in and four tablet computers were stolen. Little Henry’s had an undetermined amount of cash stolen with windows also smashed.

While all this was happening, police also responded to another broken window and cash being stolen at Superior Palace Seafood Restaurant, also on Balboa Street.