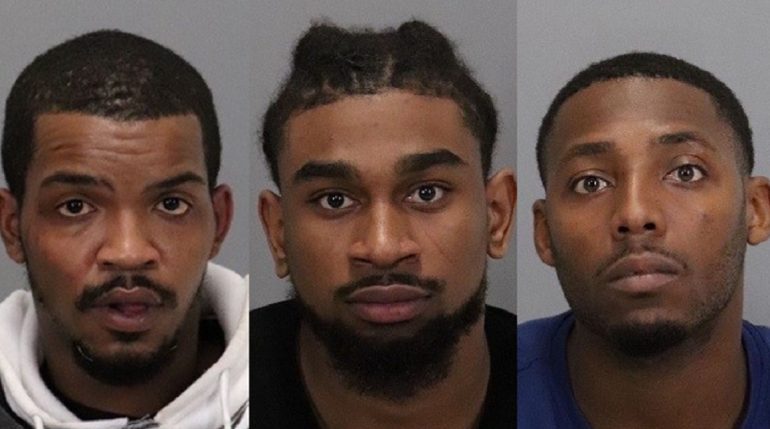 Evidence revealed that the three suspects targeted the victims because they assumed the women—who were almost all of Asian descent—carried cash. During these robberies, there have been multiple instances where the victims were physically wrestled to the ground, manhandled, and called ethnic slurs, according to the Santa Clara County District Attorney’s Office.

Banks and Robinson were arrested on September 8 in San Jose. During the arrest, Robinson actually tried fleeing in a vehicle, ran a red light, and collided with another vehicle—injuring a two-year-old girl and her father. Both Robinson and Banks were booked in Santa Clara County Jail for over 70 counts of felony robbery, according to KPIX5.

Detectives located and arrested the third suspect, Moody in Union City on Thursday. They recovered two loaded firearms—one of them a ghost gun.

The defendants were arraigned on Friday and now face hate crime enhancement charges.

Woman Survives After Being Shoved Onto Tracks in Union Square

The three suspects would follow the women in parking lots to their vehicles, wait until the victims were inside their cars, and either smash a window or quickly open a door to steal a purse off the passenger seat, reports KPIX5.

“I want to thank all of our department members, as well as the outside agencies, who assisted with this long and complex investigation,” said San Jose Police Chief Anthony Mata in a prepared statement. “Thanks to their hard work there are three less predators targeting members of our community. We are sensitive to the hate aspect targeting Asian females. I commend District Attorney Jeff Rosen for pursuing hate crime enhancements. We have tenacious investigators, and a dedicated apprehension team that was tasked with bringing these suspects to justice.”