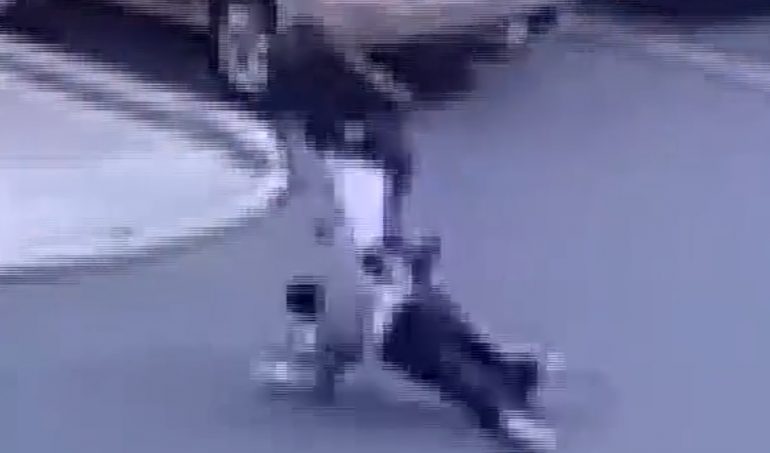 SOUTH SACRAMENTO, California—Surveillance footage shows an elderly Asian woman being pulled to the ground as an African-American suspect grabs her purse outside People Market in South Sacramento.

The 73-year-old victim is recovering from minor injuries and is currently recuperating at home after being released from the hospital.

According to CBS13, the victim was walking in the parking lot of the Asian supermarket on Friday, when an African-American man asked her for money—he was allegedly following her. The victim’s family stated she politely said she didn’t have any money. That answer caused the assailant to become extremely aggressive.

Surveillance footage shows the assailant pulling the victim to the ground and running away with her purse.

“It’s hard. It’s hard seeing her like that,” said Tien, the victim’s son. Tien told CBS13 the thought of his mother being preyed upon made him angry. “I’m a little upset right now—just pretty speechless at times.”

Tien and his sister, Marilyn Powell, are sharing the surveillance footage in hopes it will help identify the suspect and lead to an arrest.

“I just don’t want him on the streets stealing and hurting people like that,” Powell said. She lives in San Diego.

The victim’s family stated their mother was just getting over a prolonged illness and finally feeling comfortable leaving the house.

“She’s just emotionally drained cause [of] everything,” Powell stated.