A consortium of major Asian corporations are set the dominate the EV and battery market with Toyota—the largest car company in the world—taking a multipronged attack strategy against Tesla and they have the allies and infrastructure to make it happen.

Yamaha Motors (Toyota owns 38.3% of Yamaha) just developed a 350 kW (469 hp) electric oil-cooled motor and drivetrain. Just two of these motors inside the next-generation Toyota EVs will give drivers 938 hp, however, Toyota’s Lexus division will utilize three motors in some of their F trims, giving drivers an astounding 1,407 hp, surpassing Tesla’s current Model S’s 1,020 hp, according to Electrek.

Electrek reports, “Instead of developing the components of the drivetrain separately, Yamaha integrated the mechanical and electrical components into one unit. The motor, gearbox, and electronic speed controller are all housed in the same assembly, resulting in Yamaha reaching what it calls ‘the industry’s highest class in output density.’”

Electric motors mean nothing without a good battery. Toyota/Panasonic, Samsung, and Asian-American-led Quantumscape have given us revolutionary new solid-state battery tech.

Quantuamscape spent 10 years and over $300 million in R&D to develop the next generation of lithium-metal batteries. Their batteries can charge from 0 to 80% capacity in just 15 minutes and retain 80% of its charging capacity after 800 charging cycles. This battery will be exclusive to Germany’s Volkswagen.

Samsung—the world’s largest smartphone maker—is finishing up their encirclement of 3rd place Apple by not only controlling the OLED market but creating a battery that will leave Apple in the dust and also supply Hyundai-Kia with a Tesla killing battery as well.

Samsung’s battery achieves 900 watt-hours per liter and retains 80% of its charging ability after 1,000 charging cycles and gives an automobile over 500 miles of range. Their manufacturing process also reduces the cost of the battery by 50 percent.

“But Toyota and Panasonic ain’t Tesla, how can they win?”

Well, Toyota at one point owned a 27 percent stake in Tesla a few years ago and recently sold off their stocks when it became apparent the two companies would become rivals. Japan’s Panasonic developed Tesla’s famous lithium-ion cell battery packs and also reportedly sold off its entire stake in Tesla in preparation for a major Toyota partnership.

As the United States lowers standards in higher education, eliminates standardized testing because a test to find out how much you understand the material is “racist,” Asia is charging ahead full-force, and their companies are entirely populated by meritocracy. The employees employed at Samsung or Toyota belong there because they earned it.

Race-based hires will always lose to a company that hires on merit. That’s the reason why the Japanese destroyed the Detroit 3 and after 40 years, the remaining American car companies have yet to reclaim their crown as industry leaders. Meritocracy is the reason why Taiwan’s TSMC is over three generations ahead of America’s Intel and the world is currently facing a microchip shortage. 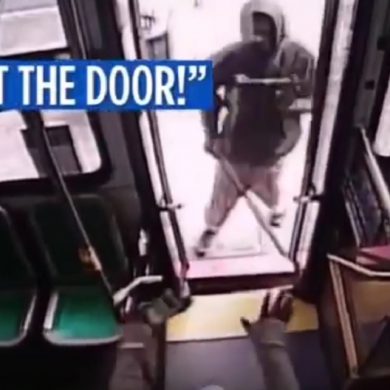