Man Arrested in Taiwan for $3M Home Invasion in SF 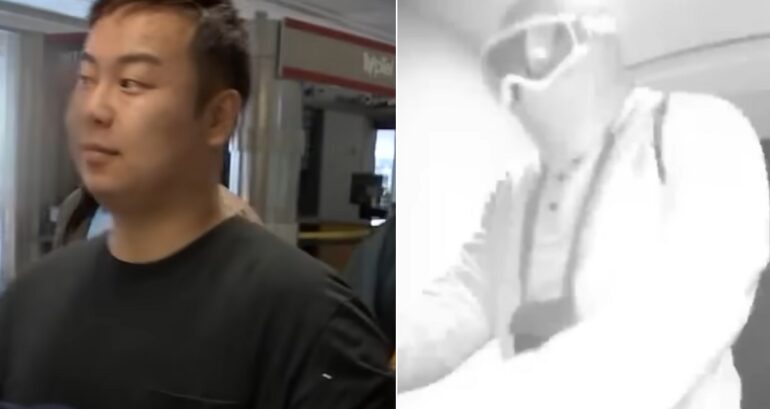 SAN FRANCISCO, CA—Authorities returned to San Francisco from Taiwan on Friday with a fugitive accused of binding a woman with duct tape inside her home and stealing $3 million back in March.

Tianze Zhang, 30, was escorted by San Francisco police officers and the FBI after arriving at the San Francisco International Airport. He was taken to the county jail and was booked on suspicion of first-degree residential burglary, kidnapping for ransom, and criminal threats, according to KTVU.

The terrifying home invasion happened on March 16 around 4 p.m. when a woman was startled by the sound of an intruder inside her Bernal Heights home, police said.

The victim was confronted by a man wearing large ski goggles, a hood, gloves, and other items obscuring his face and body.

Once Zhang was inside, police say he tied the woman up with duct tape and threatened to torture her with a knife. However, rather than speaking, Zhang pointed to instructions on an electronic tablet around his neck.

“She’s really shaken up. Who wouldn’t be?” said Sgt. John Hallisy, who’s been working the case for more than two months.

Once the woman transferred nearly $3 million out of her account, Zhang disappeared, reports KTVU.

Detectives later tracked him to Kaohsiung, Taiwan, and alerted authorities there. Taiwanese authorities arrested Zhang on May 30 and took him into custody.

Sgt. Hallisy obtained an arrest warrant and flew to Taiwan to pick Zhang up on Thursday without incident.

Police did not say if Zhang knew the victim or why he chose the woman in the first place or even how he had knowledge of the victim’s wealth. Authorities also did not say how they even identified Zhang as a suspect.