Asian Man Hits a Man on Purpose with His Car 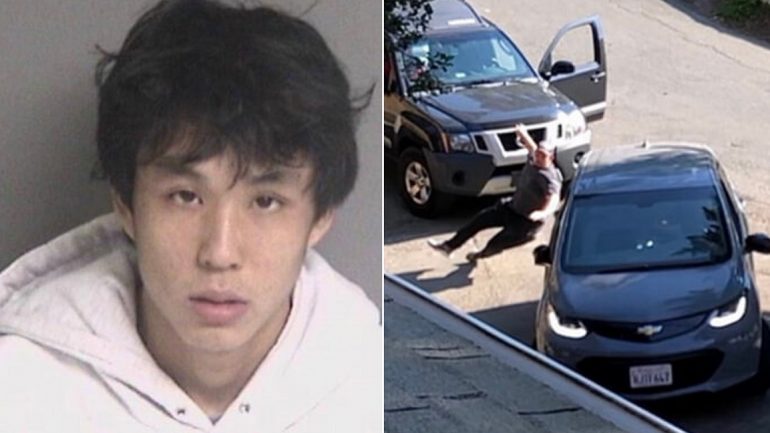 OAKLAND, California—Daniel Ethan Won, 19, of Oakland was charged on Thursday with premeditated attempted murder and assault for allegedly hitting a man with his car after he was told to slow down in Oakland Hills.

Won is being held without bail at Santa Rita Jail in Dublin, according to KTVU.

Oakland police say Won deliberately aimed his Chevy Bolt at three people after they yelled at him to slow down while driving near Girvin and Aitken drives.

Smartphone video taken by a witness, Won disappears around the corner after being scolded to slow down.

“Did you get his license plate?” a resident can be heard asking.

“He’s coming back, careful!” a bystander yells just before Won can be seen aiming his Bolt at Joseph Lax.

“I feel worse actually, I have to call out of work now,” Lax said on Thursday.

Lax, who is a paramedic, said the impact fractured his tailbone, reports KTVU.

“It’s actually getting more bruised now, my injury,” Lax stated. “It’s kind of tough area, too. I mean, it just hurts to sit, it hurts to sleep.”

Amaral, who is also pregnant, said she and her sister were almost hit by the speeding Bolt as well.

According to witnesses, the video actually shows the third time Won tried to hit the victims. The victims stated after they confronted him the first time, he threatened to kill them.