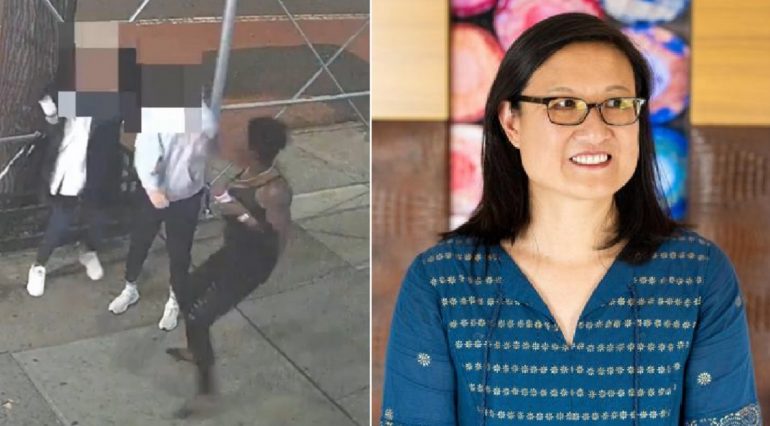 Jennifer Ho—a professor of ethnic studies and critical race studies at the University of Colorado-Boulder recently claimed “white supremacy does not require a white person to perpetuate it.”

Prof. Ho wrote an article for The Conversation, titled “White supremacy is the root of all race-related violence in the US.” In this article, Ho wrote even though “black people are also attacking Asian Americans, [white people] are the main perpetrators of anti-Asian racism.”

“Anti-Asian racism has the same source as anti-Black racism: White supremacy,” she wrote. “So when a Black person attacks an Asian person, the encounter is fueled perhaps by racism, but very specifically by White supremacy. White supremacy does not require a White person to perpetuate it.”

Ho also added when Hispanic people attack Asians, it’s also attributed to White supremacy because it is “ingrained in nearly every system and institution” within the nation, according to Washington Times.

“It is a belief that to be White is to be human and invested with inalienable universal rights and that to be not-White means you are less than human—a disposable object for others to abuse and misuse,” Prof. Ho continued to write.

African-American and Hispanic-Americans consider themselves “white” and therefore when they attack Asians, they’re furthering white supremacy. However, temporary whiteness disappears when Black people become the victim of police brutality. White supremacy can be turned on and off—that’s what makes it even more dangerous. You don’t know when it’s on or off when it strikes.

“Stories of individual harassment and violence perpetrated against Asian Americans by white assailants don’t always get the same attention as the viral videos of Black aggression toward Asians,” she wrote.

Incidents of white people attacking Asians are even more violent and footage of these attacks are being covered up by white supremacy to “further the divide between Black and Asian communities.” The Asian victims of white supremacy are often killed or “black-bagged,” which is why you don’t hear about these stories.

The University of Michigan’s Viral Hate Project is trying desperately to change the narrative and blame white supremacy for attacks against Asians.

7-Eleven Clerk Killed and Takes One Robbery Suspect with Him

The university reviewed 4,337 stories of anti-Asian attacks covered by the media. Those stories only identified the race of the suspects in just 18 percent of the incidents. In those specific stories, 165 of the offenders were identified as white and 10 were black.

The University of Michigan’s Viral Hate Project came to the conclusion based on only 18 percent of the perpetrators being identified—more Caucasians are attacking Asians, not black people.

The Viral Hate Project study can be accessed by clicking HERE

“The information that we have, while limited and imperfect, does not support the common claim that Black hostility is driving the current epidemic of anti-Asian racism and violence,” the authors wrote.

Let’s not forget CNN Director Charlie Chester was caught on hidden camera back in April of this year, admitting their media outlet intentionally censored the race of the perpetrators attacking Asians if they were black to help protect Black Lives Matter. The University of Michigan’s study obtained its results from biased news.