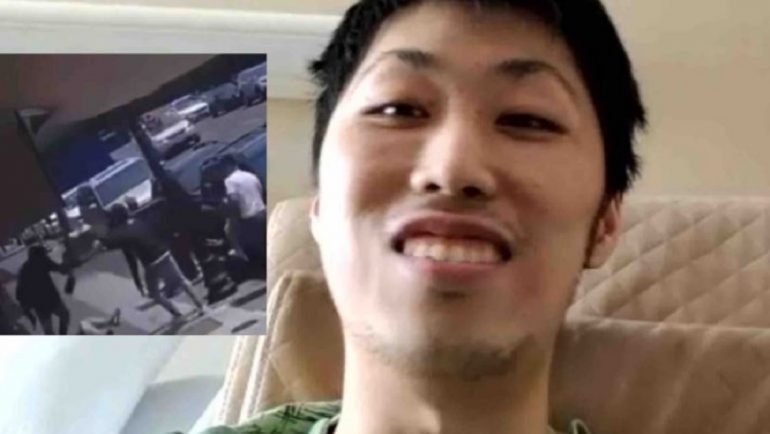 OAKLAND, California—Days after the brazen purse-snatching clip in Oakland’s Chinatown went viral, the Good Samaritan who was shot twice as he jumped in to help spoke to ABC7’s Dion Lim.

The hero only wants to be identified as Mr. Li and he was actually out shopping with his mom when he saw two couples targeted in a violent purse snatching and heard the screams of the women along 8th and Franklin.

“I would never expect something like this to happen in broad daylight with cameras around and a lot of police presence around,” he continued to state.

During the struggle, one man in the group was pistol-whipped as he tried to wrangle his girlfriend’s purse away from one of the assailants. In the video, you can hear two gunshots. Mr. Li was hit in the armpit and leg, according to ABC7.

You can donate to Mr. Li’s GoFundMe Page by click HERE

This robbery happened after a number of violent attacks in Oakland’s Chinatown, including two violent robberies on the same block in a two-day span at 9th and Harrison last month. All suspects are described as African-American males.

Just days earlier, almost a block away, a jewelry shop owner witnessed two women get their handbags snatched. The store owner immediately ran outside and hurled a stool at the fleeing suspects.

“I couldn’t see another person getting snatched. I felt so bad, I really wanted to stop them,” says the jewelry shop owner.

The president of the Chinatown Chamber of Commerce in Oakland, Carl Chan—who was recently a victim himself—says a number of businesses are closing up shop early.

“Before we closed at 6, then 5, now we have to close at 4, sometimes a little earlier because it’s just so dangerous,” says the owner.