Two Brothers Drown in School Pool with 3 Lifeguards on Duty 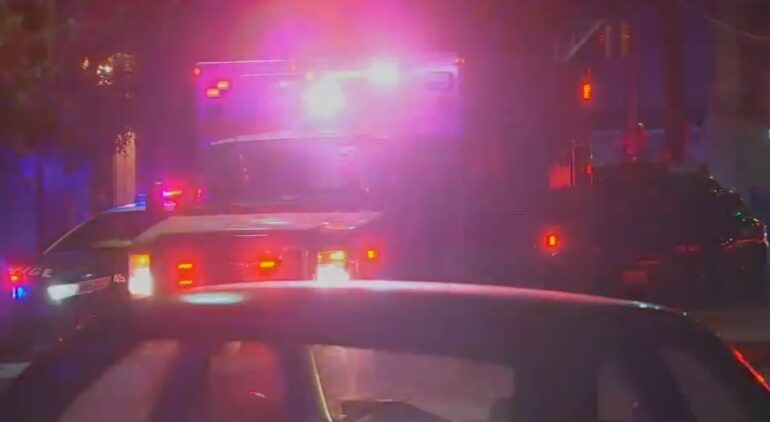 BAYONNE, NJ—Authorities are searching for answers after two brothers drowned at the school swimming pool in New Jersey Wednesday night.

It happened around 8:30 p.m. at the Lincoln Community School, during community swim hours, and police say three lifeguards were on duty at the time, according to ABC7.

The victims were identified as 16-year-old Jack Zheng and 19-year-old Chu Ming Zheng. Jack was a junior at Bayonne High School and Chu Ming recently graduated and attended the University of Miami. He flew back to visit his little brother.

“It shouldn’t happen,” neighbor Luann Beatrice told ABC7. “It’s not like they were 2 and 3. They were 16 and 19, right? They swam, and there’s supposed to be a lifeguard.”

Witnesses stated the three lifeguards were on duty, the two victims were observed to be in distress in the deep end of the pool.

As a lifeguard approached the deep end, he observed the two brothers unable to resurface and entered the pool with the other two lifeguards, reports ABC7.

The lifeguards were able to remove both victims from the pool and began life-saving measures as the 911 call was placed.

Paramedics arrived shortly after 8:30 p.m. but were unable to revive the two brothers.

They were later taken to Bayonne Medical Center, where they were pronounced dead after further life-saving efforts were unsuccessfully performed.

“It has been sad. I cried a lot about it. He was really close to me,” classmate Andres Giron told CBS News. “Chu Ming, really smart. University of Miami. He just came back to visit. Jack, he used to work a lot. He said, ‘I had to save up to go to college.'”

According to the pool’s website, there is an open swim from 7 to 9 p.m. Monday, Wednesday, and Friday. Officials say it will now be closed to all activities until further notice, as police investigate.