Subway Robbery Victim on Life Support From Her Injuries 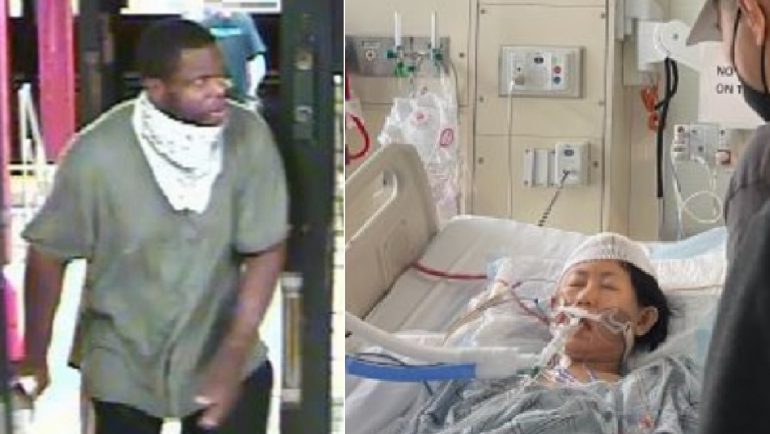 NEW YORK CITY—An attempted robbery occurred Saturday morning around 9:40, July 17, inside the Canal St. “N” subway station in Manhattan, according to the NYPD.

The male African-American suspect grabbed the 22-year-old son’s backpack as he walked up the stairs from the Canal Street subway station in Chinatown with his 58-year-old mother, now identified as Htwe Than Than.

The family’s GoFundMe page can be accessed by clicking HERE

The suspect’s action caused both son and his mother to tumble down the stairs, critically injuring the mother.

On Monday night, Assemblywoman Yuh-Line Niou tweeted the 58-year-old mother has died from her injuries. However, through translation error, the victim is on life support and is technically still “alive.”

Police Search for Suspect Who Murdered a Woman in Chicago Chinatown