In an October interview with Elle Magazine, Vice President-elect Kamala Harris told an inspiring fake story about being a toddler at a civil rights protest. According to Newsweek, “while attempting to stop Harris from being fussy, her parents asked her what she wanted. ‘Fweedom,’ Harris allegedly said.

Social media users quickly pointed out that Kamala’s story bore a strong resemblance to an incident described by Martin Luther King, Jr. in a 1965 interview with Playboy Magazine.

“Kamala knows that her world view is totally different than the world view of Martin Luther King, Jr. so it’s a big stretch for her to compare herself or to sound like him or to use some of his analogies,” Alveda King angrily stated.

“He said, ‘Injustice anywhere is a threat to justice everywhere,'” Alveda King continued. “So she’s nothing like Martin Luther King, Jr. but she still—there she is, playing on those emotions again.”

Kamala should have lived in British occupied-India during her mother’s generation. Now that’s tyranny. The Bill of Rights and the Constitution were created because those were the very same rights the British denied the American colonies, India, and Hong Kong. Indians who tried exercising their free speech were shot and killed without mercy, i.e., Jallianwala Bagh Massacre of 1919.

Harris declined to comment to Newsweek about this story.

The real version of the story told by Martin Luther King, Jr., he described a Black girl of approximately seven or eight years of age being spoken to by a white police officer at a civil rights protest in Birmingham.

“‘What do you want?’ the policeman asked her gruffly, and the little girl looked him straight in the eye and answered, ‘Fee-dom,'” read Martin Luther King, Jr.’s 1965 interview. “She couldn’t even pronounce it, but she knew. It was beautiful! Many times when I have been in sorely trying situations, the memory of that little one has come into my mind, and buoyed me.”

Harris had previously detailed her version of the story numerous times, including in her 2010 book Smart on Crime and her 2019 book The Truths We Hold: An American Journey. In her Elle interview, Harris said the story was told to her by her mother. 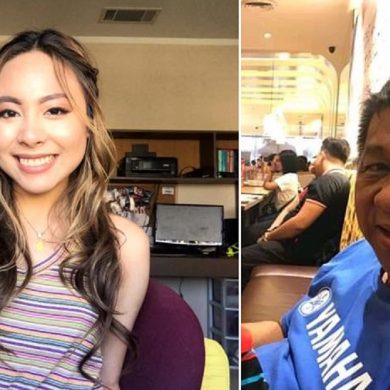