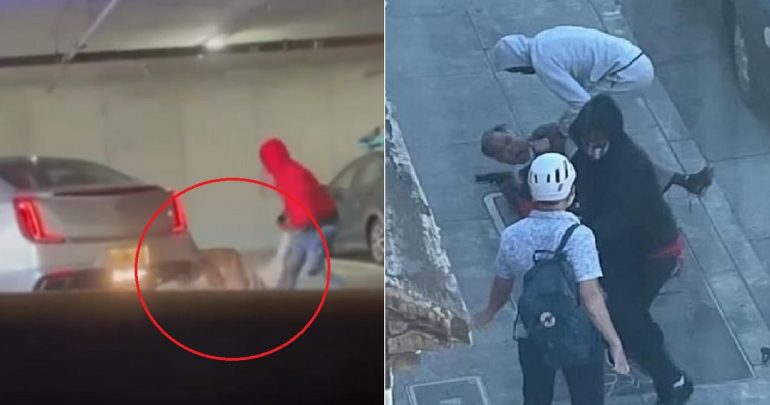 EMERYVILLE, California—“They were kicking me and punching me,” the victim stated. “Two men just rant out and went towards me. It felt so fast like I just closed my eyes and opened it and the car was gone, everything was gone,” she told ABC7 Bay Area.

The woman, who wishes not to be identified, was with a friend who wanted to return a pair of jeans. As soon as they parked in the garage Monday afternoon the vicious attack began.

The victim told Dion Lim she thought she and her friend were about to be kidnapped but her friend who was driving their rental car managed to kick her attacker and run away, reports ABC7.

“It didn’t register in my mind it was a robbery.”

Both women are grateful to be alive. The main victim was left with two black eyes, however, both women are bruised and shaken from their ordeal, which is sadly becoming a new reality in the Bay Area.

No racial description of the suspects was given.

Emeryville police told ABC7 since May, there have been at least three robbery and carjacking victims in the Bay Street parking garage. There has also been a number of reported armed thefts from Victoria’s Secret, Uniqlo, and Lenscrafters.

In Oakland, another Chinese elder was brutally robbed and beaten at 9th and Harrison while another bystander was pistol-whipped trying to help him.