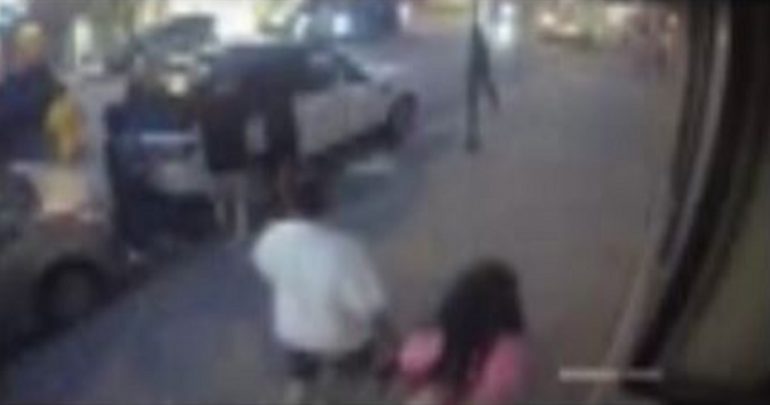 CHICAGO, ILLINOIS—Police are warning the public about a string of armed robberies that occurred last 4th of July weekend and into the second week of July in Chinatown and River North, according to CBS2 Chicago.

Dozens of people in the Chinatown area were robbed at gunpoint in every single incident. The perpetrators were three or four men between the ages of 18 and 30, wearing dark hooded sweatshirts and face masks. No racial descriptions were given.

The incidents happened at the following times and locations, reports CBS2 Chicago

Two people are seen sitting in a dark vehicle when a white Honda Accord pulls up and starts shooting, seriously wounding a 27-year-old woman and a 41-year-old man.

Nurse Kills His Ex-Girlfriend, Then Ex-Wife on Facebook Live & Himself

“The criminals are emboldened,” said Ald. Byron Sigcho-Lopez. “They have absolutely no fear of the repercussions of the crime. Sadly, I don’t see that changing.”

Over the 4th of July weekend, 99 people were shot, 17 were killed and 11 of them were children. Many of the incidents were captured on surveillance cameras, however, the racial descriptions of the suspects are purposely being omitted for the public’s “safety.”

“Releasing footage of the assailants does nothing for the public. It only creates negative stereotypes and fuels animosity between [POC]. What we should be concentrating our efforts on is stricter gun control.”

Chicago already has one of the strictest guns laws in the United States and still manages to be one of the most dangerous cities in America.

According to FOX32, Dr. Hong Liu of the Midwest Asian Health Association says residents are afraid to go out, businesses are afraid to stay open and children can’t play outdoors due to fear of crime.