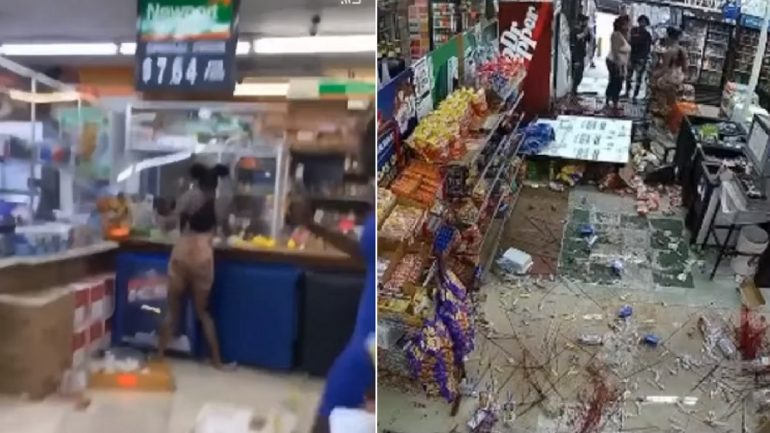 DALLAS, Texas—A video recently went viral of a woman in south Dallas who destroyed the inside of an Asian-owned liquor store because of a cell phone dispute.

According to Jackfroot, a customer forgot her phone in the store and asked her friend to run back inside and get it.

For liability reasons, the store owners told the friend that the cell phone owner would have to walk back inside and get it herself.

Upon coming back inside, the owner of the cell phone became irate and began erratically trashing the liquor store—as if she was in some sort of meth high—for making her come back inside to get her phone.

The woman can be heard screaming, “You think this is motherf**king funny!” Ain’t that funny, is it bi**h!?”

The woman is yet to be identified. No further detail is available at the moment.

Often times customers throw a tantrum over a denied EBT transaction but this particular case is special because the owners actually cared about the woman’s cell phone and only wanted to make sure it was going to the right person.