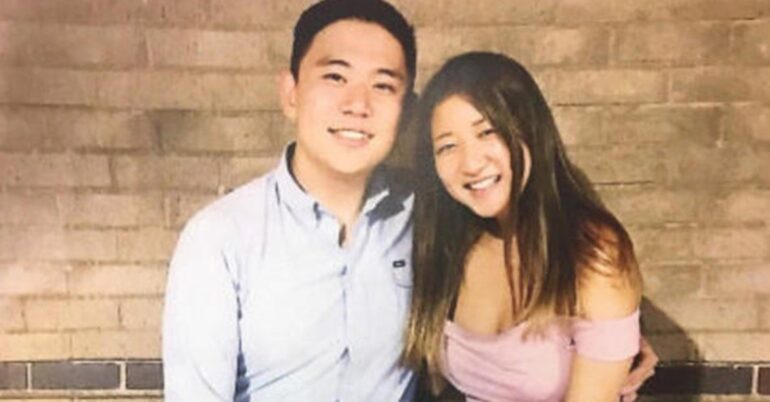 SUFFOLK COUNTY, Massachusetts—Inyoung You, 23, was given a two and a half years suspended jail term and told she would not be allowed to profit from the case.

You’s boyfriend, 22-year-old Alexander Urtula, jumped to his death from a parking garage hours before his graduation on May 20, 2019. According to prosecutors, You was abusive toward Urtula; constantly urging him to kill himself.

You was sentenced on Thursday in Boston’s Superior Court. Her prison term is suspended for 10 years, meaning that she can avoid being jailed if she complies with her probation terms. They include mandatory mental-health treatment, and 300 hours of community service, reports the BBC.

You declined to give a statement with her attorney saying she was “very distraught.”

During an investigation, authorities determined You “was physically, verbally, and psychologically abusive towards Mr. Utula during their 18-month-long tumultuous relationship,” according to Suffolk District Attorney Rachael Rollins back in October 2019.

The couple had exchanged over 75,000 text messages in the two months prior to Urtula’s death, according to the BBC. You continuously urged Urtula to “go kill himself” and to “go die.”

“No Forgiveness This Time! Don’t Go to That Nail Shop!”

“The abuse became more frequent, more powerful and more demeaning in the days and hours leading up to Mr Urtula’s death,” the attorney said.

On May 20, You “was tracking Mr. Urtula’s location and went to the Renaissance garage” where he killed himself, stated Rollins.