In the clip, three Japanese hotel technicians are seen gathering around a television set, attempting to fix it.

At one point, Ousmane Dembele—who is of African descent—can be heard saying, “What kind of backward language is that? Are you technologically advanced in your country or not?”

Ironic Dembele would say such a thing. Being in Japan, the television set is most likely a Sony, one of three Asian companies that basically wiped their as*es with their Western competitors and set the standard in high resolution—developing VHS (Toshiba), DVD, Blu-Ray, 4K, and 8K.

Many Japanese netizens commented: “An African calling us backward and technologically inferior? I think he just explained himself.”

Another netizen wrote: “They’re at the bottom of the evolutionary ladder. I would rather suck at sports and control the technological landscape. These guys are so proud and wear their sports jerseys because they have nothing else. I drive my pride, use my pride typing this comment, my pride hurls this world into the 21st and 22nd century. Let them insult all they want if it makes them feel better about themselves.”

The real question to Dembele would be: What kind of backward language is that? Are you technologically advanced in your country or not?

Dembele can also be heard saying to his teammate, Antoine Griezman, “All these ugly faces, just so you can play PES (Pro Evolution Soccer), aren’t you ashamed?”

Griezmann doesn’t reply but laughs along with his teammate.

European news outlets believe the footage was taken around 2019, based on Griezmann’s haircut. The footage was most likely taken during a soccer tour in Japan that summer.

Both French soccer players released statements on Monday to apologize for their behavior.

“Hello all, during these last few days, a private video dating back to 2019 has been circulating on social media,” Dembele wrote on Instagram. “It all took place in Japan. It could’ve taken place anywhere on the planet and I would’ve used the same expression.

“I was therefore not targetting any community. I just happened to use this type of expression with my friends regardless of their origins.

“This video has since been made public. I appreciate therefore that it could’ve hurt the people present in these images. Because of this, I would like to sincerely apologise to them.”

Griezmann also released a statement on Twitter: “I have always been completely against all forms of discrimination.

“For the past few days, certain people have wanted to paint me as someone that I am not. I firmly refute the accusations made against me and I’m sorry if I have offended any of my Japanese friends.” 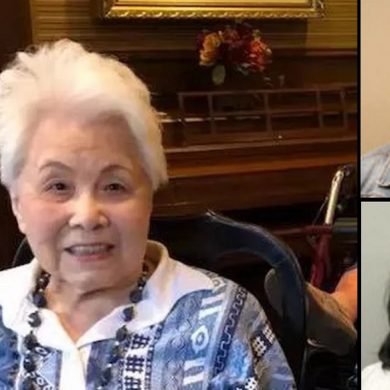