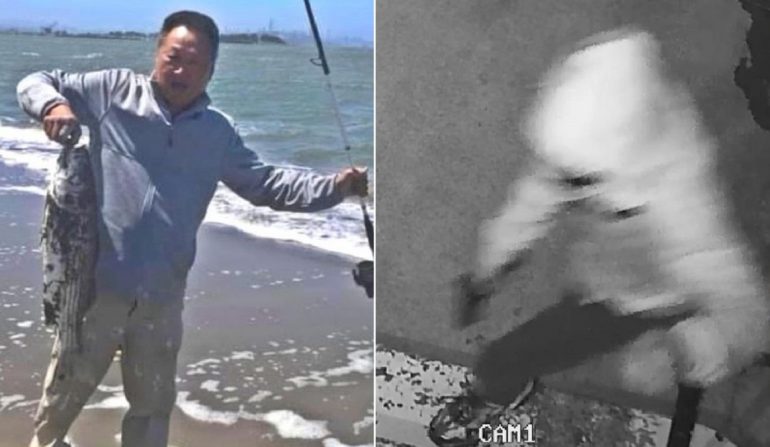 OAKLAND, California—“Help, help!” are not the words you’d expect an assailant to scream out during a robbery, but it happened early Saturday morning, June 26 on 19th Street in Oakland, reports ABC7’s Dion Lim.

The 68-year-old’s daughter, Candy, told Dion Lim her father loves fishing and his two friends went to their home early Saturday morning to join him on a fishing trip.

As the three men prepped their boat to leave, three men approached and forced Candy’s dad’s friends face down on the ground at gunpoint.

One suspect forced Candy’s dad inside the house and demanded cash. Fearing for the safety of his son and wife sleeping upstairs, the 68-year-old decided to fight back.

According to Candy, “At one point he tripped the guy and wrestled the gun away.” Candy also told Dion Lim that at one point, her dad heard the suspect yell, “help, help!” before running away.

Due to the brave actions of Candy’s dad, the suspects only managed to get away with some cash—no one was injured during the robbery, and Candy’s dad ended up going fishing the next day.

The racial description of the suspects were not disclosed.

Candy wants her parents to move out of Oakland, however, “old habits die hard and they don’t want to go,” reports Dion Lim.

Leaving Oakland sounds like a good idea as Oakland’s City Council recently voted to reallocate money away from the police budget—more than $17 million will be diverted from the police department to “violence prevention programs.”

“We celebrate this historic budget,” said Minister Cherri Murphy. The police budget allocation will take 50 officers off the streets and lead to longer 911 response times.

“We will have violence interrupters in our streets and neighborhoods,” stated Councilmember Bas.

These interrupters will assess what defines “violence” on the streets and reassess if the violence can be defined as violence—most times the violence we know as violence is oftentimes misidentified as such because of our white or Asian privilege.

According to ABC7, Oakland as seen six mass shootings in 2021 alone with no end in sight.