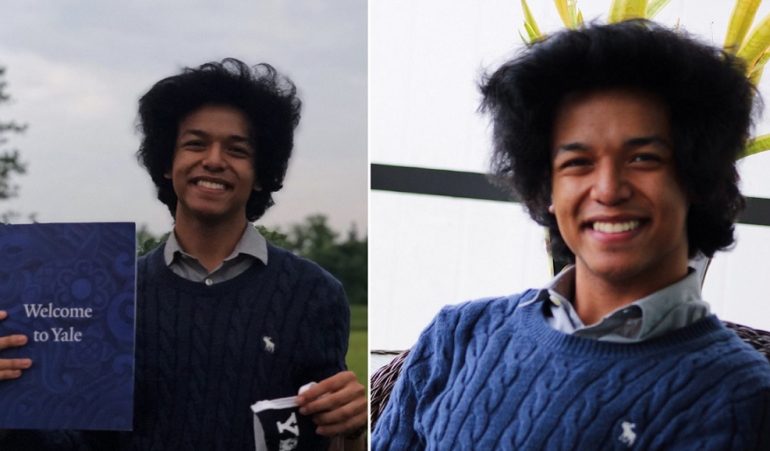 First from Yale and then Harvard, Princeton, Columbia, University of Pennsylvania, Brown, Dartmouth, and Cornell.

McFarland isn’t your ordinary student. He’s got a 4.98 grade point average and has never gotten a “B” on his high school report card.

McFarland’s mother, who is an immigrant as well as a single mother, Donabel Santiago, said her son has always shown strong initiative. “I’m very proud of him,” said Santiago, who has always made education a top priority.

“I have three kids and I told them I don’t accept a ‘B’ as a grade because I know that they can bring me A’s,” Santiago continued to state.

Although his choices are many, McFarland hasn’t decided which college he wants to go to yet and he can’t exactly take any physical tours during this pandemic. “With coronavirus, I can’t do that, so the only metric I have is based on experiences of current students and their virtual campus tours,” he stated to First Coast News.