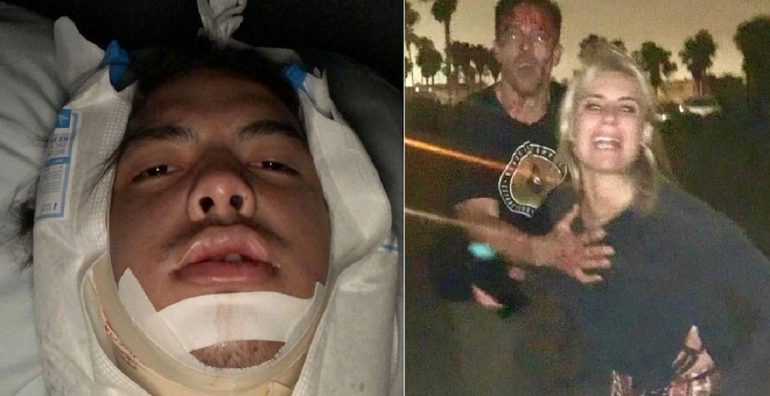 OCEAN BEACH, San Diego—Family members of the victim shared the story via Instagram. The attack happened on June 15, 2021, over beach space.

On Tuesday, around 9 p.m. the victim and his friends were attacked during a bonfire after they were initially told to leave the premises. The assailants claimed “it was their beach, their city, their space,” and threatened to return if they didn’t leave.

“They came back when lifeguards were gone and they attacked my nephew and his friends (ages 18-20 mostly Asian group),” the victim’s aunt wrote on her IG post.

Another family member added the Asian victims were called racial slurs during the attack.

“But it was my nephew that suffered a concussion, fractured mandible, broken jaw, and emergency surgery. Please share this post and help us find these disgusting human beings,” the aunt continued to write.