Asian Food Deliveryman Stabbed in the Back 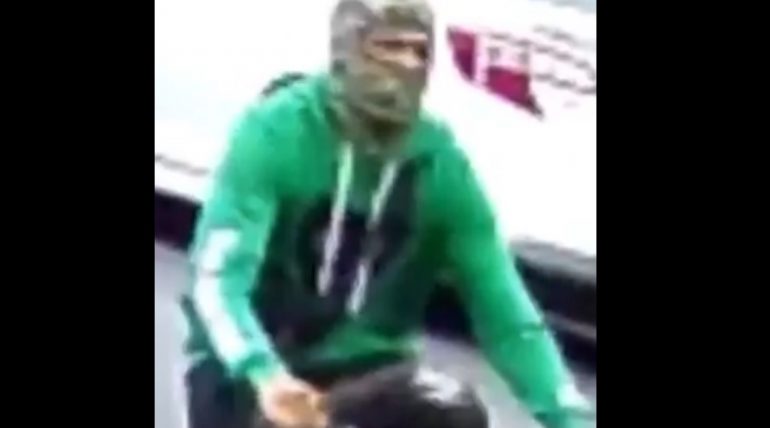 BROOKLYN, New York—An Asian food deliveryman was stabbed in the back by a bicyclist on Sunday, June 13.

The 53-year-old victim is expected to recover and the attack is being treated as a possible hate crime. The deliveryman was riding his bike making deliveries on Fulton St. near Eldert Lane in East New York when the attacker rode up behind him around 4 p.m., randomly asking “What happened?” according to the NY Daily News.

Confused, the victim slows down and turns toward the attacker, who is seen on surveillance footage wearing a green ski mask.

According to the NY Daily News, without even slowing down, the assailant takes out a large knife and stabs the Asian deliveryman in the back while passing by, knocking him to the ground.

Medics took the victim to Jamaica Hospital in stable condition with a puncture wound to his back, reports NY Daily News. The assailant pedaled away and is still at large.

Asian Man Attacked by a Black Shemale on NYC Subway

The suspect is described as about 5-foot-8 and 160 pounds with a slim build. He was wearing a bright green hoodie, black pants and black sneakers. The NYPD’s Hate Crime Task Force is investigating this incident.

Anyone with information about him is asked to call Crime Stoppers at (800) 577-TIPS. All calls will be kept confidential.