Filipino Man Brutally Attacked After Witnessing Another Asian Being Attacked 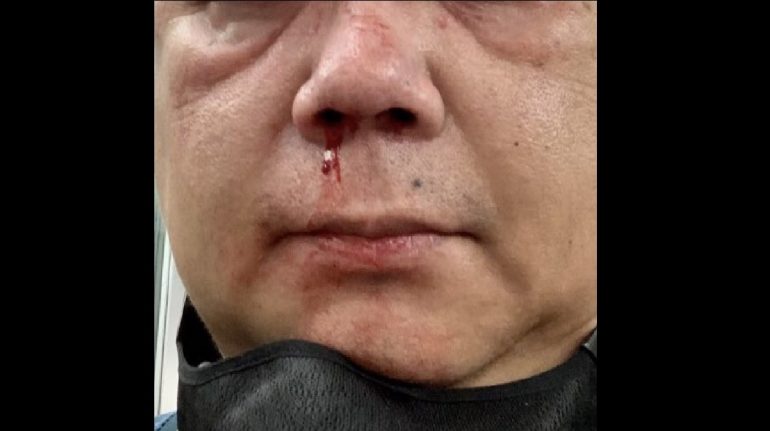 MANHATTAN, New York—A 52-year-old Filipino man from Queens, who asked ABC7 New York’s CeFaan Kim not to show his face or use his name, says the attack happened around 7:20 a.m. when he got off the 6 train at the 103rd Street station, Tuesday night.

He noticed a man in front of him—possibly Asian—being attacked by another man screaming “go back to where you came from!”

The first victim managed to escape and that’s when the assailant turned his attention to the 52-year-old Filipino man. He was soon cornered on the platform and repeatedly punched in the face, according to ABC7 New York.

Attacks on Asians in the most progressive and diverse city in the world (New York) up more than 305%, according to the NYPD. It seems liberalism breeds racism.

Again, the suspect screamed “go back to where you came from!”

“It seemed so random and so sudden,” the 52-year-old stated. “Kinda realized it’s potentially a hate crime because of what the man was shouting and what was said.”

The 52-year-old stated the suspect appeared to be in his 20s or 30s. He says he didn’t look homeless, but he did seem to be mentally ill. No racial description of the attacker.

The victim also told ABC7’s CeFaan Kim the attacker never tried to rob him or demand any money. One witness actually walked up and apologized to the victim for what happened and told him he actually tried to catch the attacker.

The NYPD is investigating the assault Tuesday night.