BAYSIDE, Queens—Star Toyota of Bayside, located at 205-11 Northern Blvd., allegedly engaged in deceptive business practices specifically targeting Chinese-speaking customers, according to QNS. They were ordered by a Queens judge to pay restitution to at least 21 people, according to New York State Attorney General Letitia James.

The dealership allegedly targeted Chinese-speaking customers through ads in Chinese-language publications, inviting them to come speak with the dealership’s Chinese-speaking sales team. After negotiating a price with the Chinese staff, the customer would then be passed off to an English-speaking staff member, who would give the customer a contract with a higher than the agreed-upon price, reports QNS.

Sales representatives would also allegedly add unwanted warranties, service contracts, theft insurance to the contract, and did not give copies of contracts to customers, according to investigators.

Doing whatever was necessary to close the deal, the car dealership also submitted inflated or completely fabricated personal financial information to its lenders to secure loans that customers very often struggled to pay, according to James.

Just when you think the dealership wasn’t screwing over the customer enough, employees at the dealership often targeted specific Chinese-speaking customers completely unfamiliar with the car buying process and convinced them it’s “customary” for sales staff to get “cash tips.”

“Stealing from our immigrant communities by taking advantage of language barriers is not only illegal, but downright shameful,” James stated. “New York values its immigrant communities, and we will not stand idly by while they are targeted. I look forward to returning hard-earned money back into the pockets of consumers, and I am proud to be able to fight for the rights of all New Yorkers.”

Star Toyota of Bayside resolved the allegations against them by agreeing to pay $100,000 in civil penalties to the state of New York and $186, 855 in restitution to 21 customers, according to QNS.

Man Tells Asian Family to ‘Go Back to Your Country’

A 90-day window has also been opened for additional customers to come forward and claim restitution. 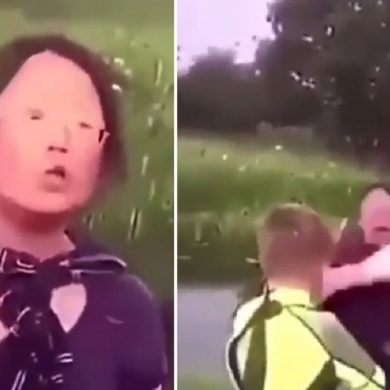