According to News.Com.Au, Judge Bennett actually read out the perverted exchanges Hansen had on an encrypted service with a man named “Mailboy Hornbag.” During this exchange, Hansen rated their images and complained about the prices for meeting up with kids.

Numerous messages about Hansen’s cover as a “businessman” meant his frequent trips overseas wouldn’t be seen as “suspicious,” were highlighted. He also mentioned how he was going to “keep the camera busy” during his next session with underage boys.

“I am still thinking how I can milk the max out of my poolside weekend,” he wrote.

Hansen would organize multiple boys to be sent to his hotel rooms during his stay, shower them with cheap gifts, let them swim in the pool before taking them to his room to photograph and perform sex acts with them, according to News.Com.Au.

“He traveled to other lands … to exploit children in limited economic circumstances to whom he gave modest rewards,” Judge Bennett said.

“There was planning, organization, and sophistication employed by the offender … in the arrangement to have these children in places to be exploited. He did not act alone, as is clear by the agreed statement of facts. There was a network but at a limited extent.”

Peter Andrew Hansen was sentenced to 19 years in prison, with a 14-year non-parole period, on Friday, June 4 after pleading guilty to 31 charges, including several counts of sexual intercourse with a child outside Australia and producing child abuse material, reports News.Com.Au.

The 63-year-old was arrested and paraded through Sydney Airport in handcuffs back in October 2018 after authorities were tipped off about his “activities” in Vietnam and the Philippines.

According to the NSW District Court, Hansen paid to meet boys, took disturbing pictures and made videos, and performed sex acts on nine children aged 10 to 14 between 2014 and 2018.

With time served, Hansen will be eligible for parole in October 2032. 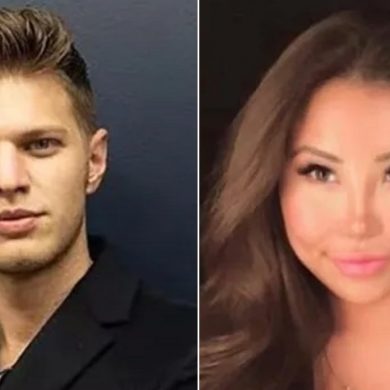