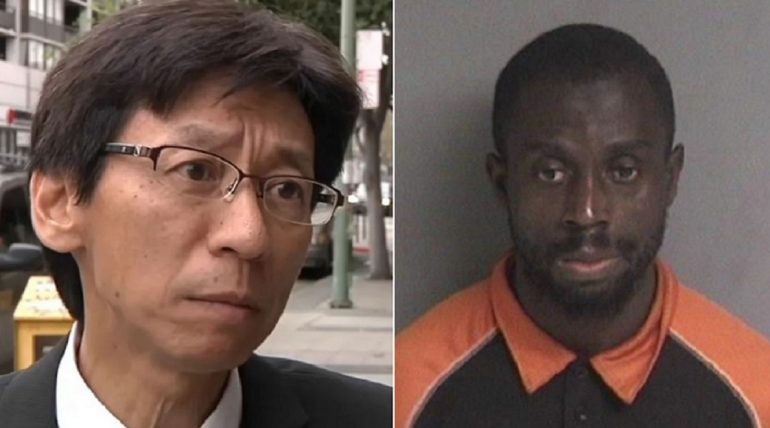 Officers rendered first aid, but Chan declined medical treatment. He managed to take cellphone pictures of the suspect and showed them to authorities. The suspect was described as an African-American male wearing an orange shirt, blue jeans, and a backpack.

Chan was physically attacked while on his way to visit an assault victim on Thursday, April 29 at 8th and Broadway around 4 p.m.

That assault victim was 68-year-old Hua Zhen Lin who was brutally attacked by a “random” person wielding a walking cane on a bus in Oakland on his way to Chinatown early last week.

According to Dion Lim, Lin needed five stitches and currently suffering from nightmares since his attack. His daughter, Cui, stated her father screams out at night, “don’t hurt me!”

On her IG page, ABC’s Dion Lim wrote, “His wife cries every day as does their 4-year old granddaughter who lives with them. They’ve lived in America for 20+ years [and] never imagined this would happen to them.”

Ramsey has prior convictions for criminal threats and brandishing a weapon, and had his parole revoked several times. Yet miraculously, he was released, according to KTVU2.

Despite the attack, Chan said he isn’t backing down.

“My body is hurt, my feeling is strong, even stronger than before, and my determination isn’t diminished because of this attack,” he said.