Competitive Eater Cursed and Kicked out of Colorado Pizza Restaurant 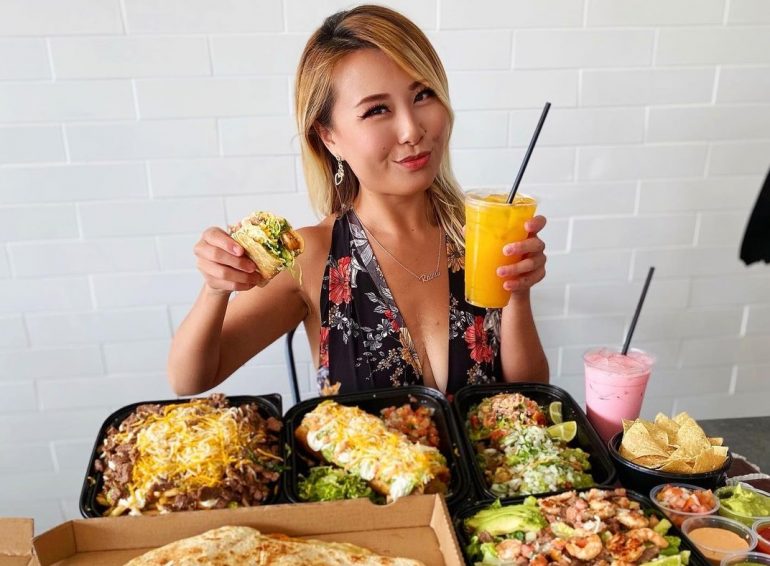 AURORA, Colorado—Los Angeles YouTube competitive eater Raina Huang was seeking to beat a pizza challenge by finishing a 28” pizza at StevO’s Pizza n Ribs. However, the owner of the restaurant accused Huang of trying to scam his business, called her explicit names, and kicked her off the property.

On Sunday, May 30, Huang wanted to eat an OMG 28” pizza in one hour with no breaks for a $100 prize. There are no rules or regulations online or inside the business that says certain people—including competitive eaters—cannot partake in the challenge, according to ABC7 Denver.

Steve Wieand, the restaurant owner, asked Huang if she was a professional eater after she asked if she could record herself eating the pizza. Huang can be heard on surveillance video saying she’s done a few food challenges and posts them on YouTube.

That’s when Wieand allegedly went off on Huang and unleashed a series of explicit rants.

A separate video posted online by Huang shows her crying and accusing Steve Wieand of calling her explicit names and kicking her off the property, reports ABC7 Denver.

“I’ve never had a restaurant experience this bad,” Huang said in the video. “I was just here to do a pizza challenge. I don’t understand.”

Huang travels across the United States and conquers food challenges for her YouTube channel and website. She states she’s won 465 food challenges but doesn’t really consider herself a professional food competitor. She considers herself the Asian female version of Man v. Food.

Steve Wieand’s daughter, Stephanie Wieand, works at the family restaurant. She says she witnessed the confrontation between her father and Huang and doesn’t condone his behavior, according to ABC7 Denver.

“I think that it could have been handled better,” Stephanie Wieand said. “All I want to say is that I apologize to Raina and to everyone.”

When Stephanie was asked how her father felt about his actions, she replied, “I would say that he definitely feels bad.”

Yelp has turned off reviews on the restaurant.