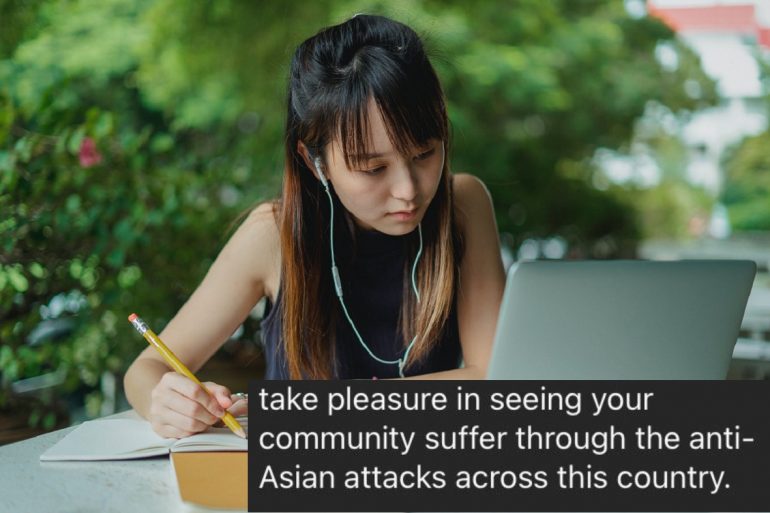 A portion of Asian-Americans who still have their dignity intact have been fighting ferociously to block progressive attempts to stop merit-based admissions into specialized high schools from Lowell High School in San Francisco, Stuyvesant High School in New York to Thomas Jefferson High School for Science and Technology in Virginia.

This very way of thinking is why STEM is seen as racist now. There are even calls for Asian companies like Samsung, Sony, Toyota, and TSMC to be broken apart and redistributed to African-American entrepreneurs to make the world “right.”

Recently, a member of the non-profit group called Friends of Lowell Foundation, a group actively fighting for merit-based admissions at Lowell High School received a disgusting and despicable message on Instagram from a journalist named Rafael Santiago, who describes himself as half black and Hispanic.

He starts off his message, “Hello, my name is Rafael. I am a half black/Hispanic freelance journalist. Not asking for an interview, nor am I hitting you.”

“I am a product of a Specialized High School and Harvard. You went to Lowell. You are well aware of the tension that exists between our communities across this country.”

Santiago continues to write, “EVERY F**KING TIME you people open your mouth you say something racist. At MLK you were bullied but ‘Lowell’ saved your life. I AM SO SICK AND F**KING TIRED of your racism. Your community has dehumanized so many minorities and twists reality to make yourself feel like victims.”

“You will give up your privilege in this country and learn to see other minorities as human. Period.”

Asians showing our true colors? Some African-Americans have slowly been showing their true colors. When they can’t dominate a sector fair-and-square, they scream racism and demand merit be changed and special treatment be given because of their race. The exact opposite of “equality.”

African immigrants do extremely well without handouts. Are they considered racist now too?

Some Asians are voicing their frustrations and resorting to racist comments. For some reason, that’s seen as 100x worse than the black community burning and looting cities when they’re angry.