WASHINGTON, D.C.—The economic faith of the world is resting in the hands of South Korea’s Samsung Electronics and Taiwan’s TSMC. They are the only two companies in the world capable of producing advanced semiconductors that go into everything from F-35 Raptors, smartphones to automobiles.

Ford is projected to lose $2.5 billion due to unfinished vehicles while GM is projecting a $2 billion loss. The mere fact that two Asian-owned, Asian-controlled, Asian-operated conglomerates have outclassed the most diverse companies in the world is proof meritocracy counts in the end, not diversity.

However, in an act that would have gotten a Republican VP in trouble, VP Harris seemed to be immune from CNN and MSNBC vitriol when she wiped her hand after shaking hands with President Moon Jae-in. The South Korean president’s visit was instrumental in alleviating America’s microchip shortage.

The move was not only disrespectful, it showed the VP’s subconscious racism toward President Moon. Some speculate since Asians hold the cards on microchips, they’re seen as “white adjacent” because success and technological leadership are “white attributes,” according to Lisa Ling.

Plus, basic Biology 101, assuming President Moon had COVID-19, you can’t wipe away a virus on your pants.

Regardless of VP Kamala’s rude and racist move, South Korea agreed to further investments in the United States.

Sony and Honda Are Teaming Up to Make Electric Vehicles

The United States faces a predicament. TSMC and Samsung are currently investing and building multiple factories that will eventually match global demand. Should the United States spend $30 billion now and build their own factory, which will take years, and still be 10 years behind TSMC or should they just rely on Taiwan and South Korea? 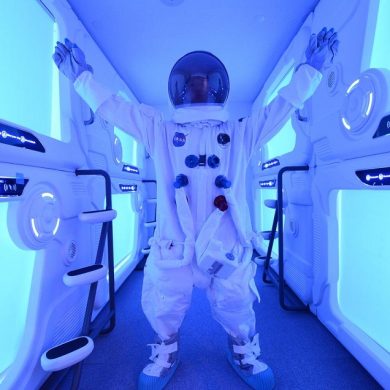