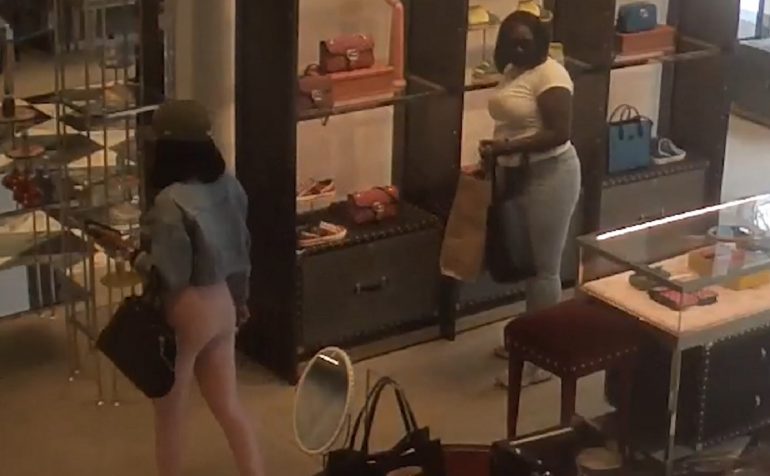 WASHINGTON, D.C.—Police are asking for the public’s help finding two African-American women who stole five Gucci handbags valued at $10,000 from a store in Chinatown last month, according to NBC4 Washington.

Surveillance footage captured the moment two women appeared to steal the merchandise at a store on the 1000 block of I Street NW on April 17 around 2:30 p.m.

According to police, one woman served as a lookout while the other used a “cutting instrument to remove the listed property from a locked cable.”

The woman can be seen casually placing the stolen bags in her large H&M bag like it was another day in the neighborhood.

The pair of thieves can be seen walking out of the store without paying and drove southbound on 10st Street NW in a white Toyota Camry. No word if the Camry was also stolen.