Food Delivery Worker Killed by Out of Control Mercedes Benz 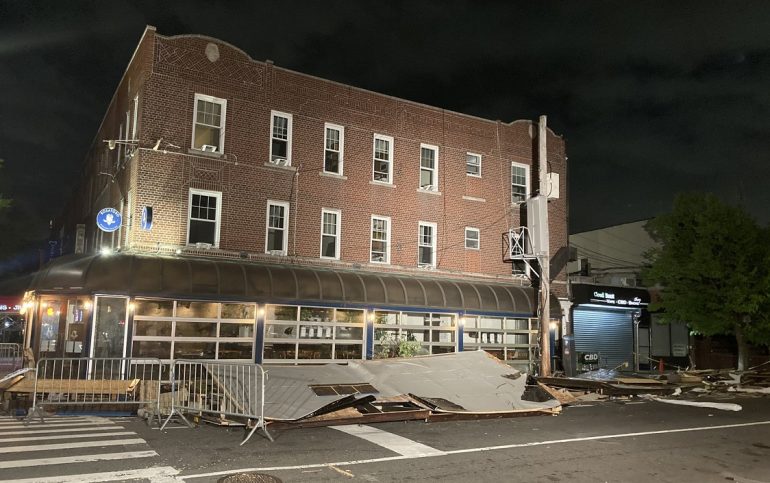 NEW YORK—Police say a 60-year-old female driver of a Mercedes-Benz C-300 became agitated by a slow-moving car ahead, so she tried speeding around the vehicle using a bike lane on Thursday in Queens.

“You could just see something bad was about to happen,” Tom Mountfort told CBS2’s John Dias. “We both just got, ‘woah, woah, woah,’ because you can see the driver is not going to be able to stop.”

Mountfort explained the woman driving the Mercedes lost control of her car and crashed through a dining structure outside the Peruvian restaurant Rosatoro on 35th Street near Ditmars Boulevard in Astoria, according to CBS2.

“She went through the entire structure, the long way,” he continued to say.

The Mercedes then jumped the curb and hit a tree—uprooting the tree.

“Thank God for the tree, because it would have went right through the restaurant, as well,” Mountfort said.

Authorities say road rage may have been a factor. The driver also hit two other cars and fatally struck food deliveryman Xing Lin, who was riding a scooter in the bike lane.

“I saw the gentleman who sadly passed away. They were working on him. He left very quickly,” Mountfort explained.

The driver of the Mercedes and a person dining in the restaurant were both taken to a nearby hospital and are expected to be okay. Although no one was in the outdoor hut of the restaurant at the time, many are reconsidering how safe they are.

Outdoor dining in many cases are too close to cars and street traffic and there have been a number of cases where drivers lost control and plowed into diners.