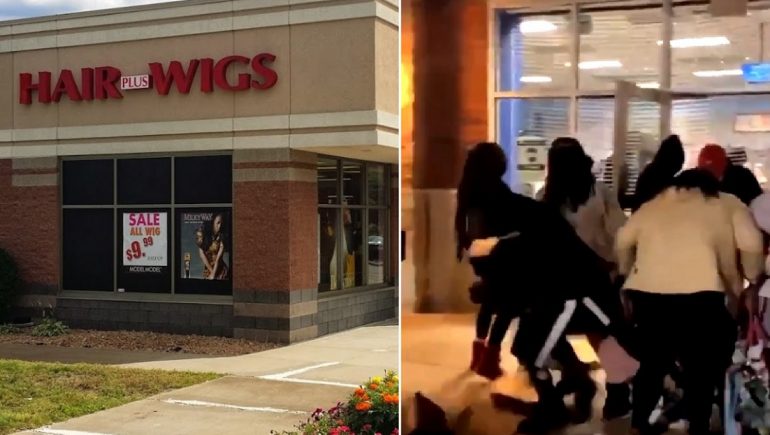 MINNEAPOLIS, Minnesota—In the name of “social justice,” over 20 businesses in Brooklyn Center have been looted or destroyed after the police shooting of 20-year-old Daunte Wright during a traffic stop.

According to relatives of Daunte Wright, who is African-American, was shot by a Brooklyn Center police officer on Sunday, drove a short distance after being shot, and crashed his car. Wright died at the scene.

Protesters soon converged around the area and began throwing rocks and other objects at the Brooklyn Center Police Department building and there were reports of shots fired in the area of the police department as well, according to NBC News.

About 500 protesters targeted the Brooklyn Center Walmart and the nearby shopping mall. Several businesses around Walmart were completely destroyed, including Foot Locker, T Mobile, a beauty supply store, and a New York men’s clothing store, according to the Star Tribune.

The looting metastasized late Sunday and into early Monday into north and south Minneapolis. Stores in Upton and along Lake Street were also hit hard. National Guard troops arrived just before midnight and contained the situation from getting worse.

Teens were also seen looting a Little Caesar’s and dancing in front of Foot Locker after relieving the store of its Nike Air Vapormax Plus supply.