70-Year-Old Asian Woman Stabbed in the Back in Brooklyn 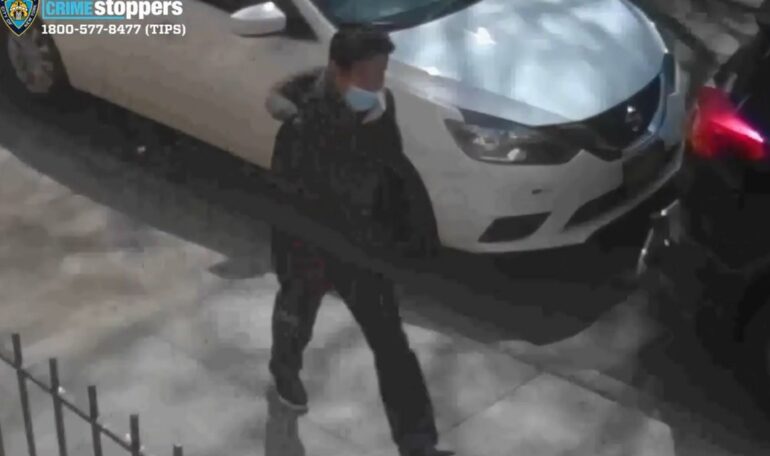 BROOKLYN, New York—A 70-year-old woman was stalked and stabbed in the back while walking home in Brooklyn.

Ame Lin Mei, 70, is recovering after being stabbed last week just a block or so from her home in Sunset Park, Brooklyn, reports ABC7.

“I’m afraid to go out tonight,” she said. “If that person isn’t caught, he could do it again,” she told ABC7.

Surveillance footage shows the person the police are looking for. Mei says she was walking home from a pharmacy last Wednesday, March 30, when the man walked up behind her and stabbed her in the back.

The suspect didn’t say anything and she hadn’t seen him before.

Police are looking for this man wanted for stabbing a 70YO Asian woman in Brooklyn last week. The grandmother says she was picking up her meds when an unknown man stabbed her in the back. No words were exchanged. She says whether he’s white or Asian, she wants to ask him why. pic.twitter.com/PQ9tyB7veQ

The 70-year-old required surgery on her kidney after the attack, reports ABC7.

Mei explained after she got stabbed, she didn’t fall down and turned around quickly. However, by then, the suspect was running away. She was unable to get a good look at the suspect.

“She’s pretty strong so she didn’t fall, she was just using her right hand holding her back cause it’s her right kidney,” Mei’s granddaughter said.

Her granddaughter says the attack has been debilitating, according to ABC7.

“She did the surgery on the right kidney and the right leg, so the right side of her still hurts if she walks or something, it hurts a lot,” she said.

From what Mei saw of the suspect, she believes he was either Asian or Caucasian.