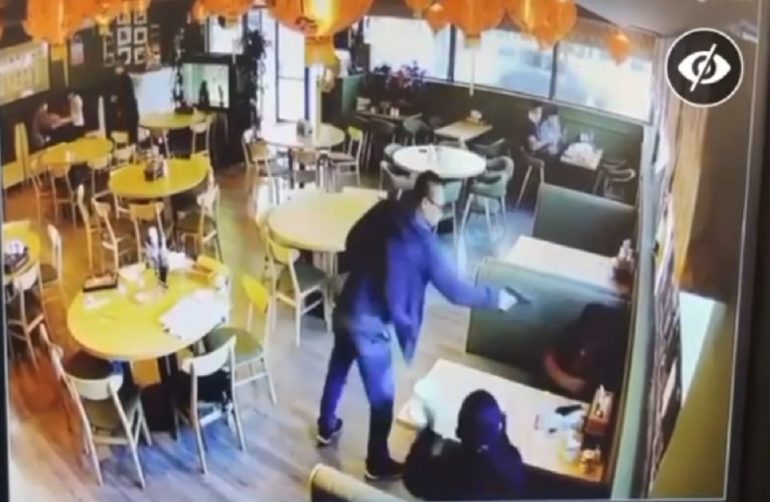 MONTEREY PARK, California—The man suspected of gunning down his wife and another man inside Music BBQ Bar in Monterey Park was arrested Tuesday, April 6, at the Mexican border, according to Pasadena Star-News.

Jing Yixin is currently being held at the Inmate Reception Center in Los Angeles in lieu of $2 million bail.

According to the Pasadena Star-News, U.S. Customs and Border Protection officers and the FBI/LAPD Fugitive Task Force detained Jing at the Mexican border.

Monterey Park police responded to a 911 call just before 6:30 p.m. Monday evening, after receiving reports of shots fired. They discovered an Asian man and woman both suffering from multiple upper body gunshot wounds, according to KTLA5.

Both victims were pronounced dead at the scene. The man was later identified as 37-year-old Zhaiming Lee of Pomona. The woman, 36-year-old Ling Ling Wang was Jing’s wife. Investigators are still looking for the pistol used in the shooting.

Anyone with information is asked to call the Sheriff’s Department at 323-890-5500. Anyone who prefers to remain anonymous can call Crime Stoppers by dialing 800-222-8477.