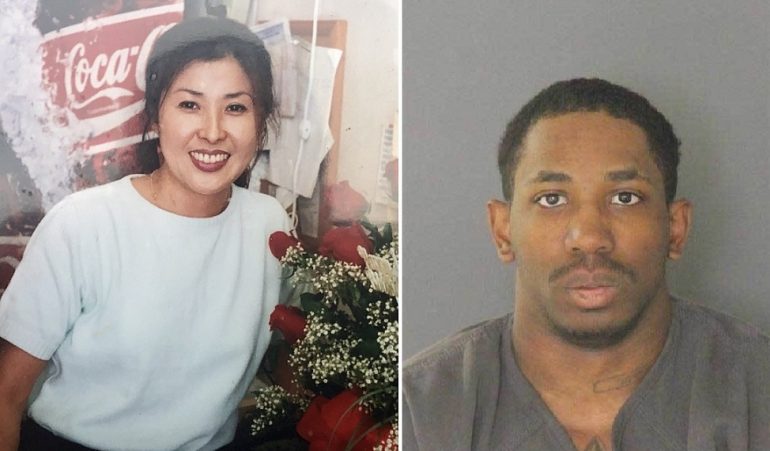 LAKEWOOD, Washington—On October 14, 2019, two suspects were involved with the robbery and murder of 59-year-old In Cha Choe, beloved store owner of McChord Mart.

The two suspects, 20-year-old Boifacio Alvarez Reynolds, and 24-year-old Marcus L. Williams, aka “Savage” are now both in custody. Reynolds, who was the getaway driver, turned himself in a few weeks after the incident, while Williams, the man who perpetrated the murder was later arrested mid-November 2019 after police received a tip on his whereabouts and surrounded the house.

Choe wasn’t supposed to be working the night of the robbery/murder because her son usually closes up shop at 10:30 pm. However, that night, Choe told her son to get dinner and she would close-up shop to save time. Williams entered the store and began emptying out the cash register. Choe started fighting back and that’s when Williams stabbed her several times.

Choe was still able to fight off Williams and survived her injuries long enough to get into her car, but she never made it out of the parking lot. She succumbed to her injuries mid-drive inside her vehicle.

“You’ve taken everything from us,” Choe’s daughter, Angela Choe said at the hearing. “… I just want you to think about her life.”

Choe was originally from Korea and immigrated to the United States in 1984, arriving in Lakewood, Washington. As soon as she arrived, she worked inhumane long hours to provide for her family from starting up a video store, a grocery store, and then opening up McChord Mart a few years later.

“Basically you have a single mom raising three kids, working 14 or 16 hours a day,” stated Ken Schubert, a brother-in-law.

“No one bought coffee in that store,” Angela Choe told the court. Her mother put on a full pot every day anyway, for the one customer who wanted a cup while waiting for the bus, reports KIRO7.

During sentencing, In Cha Choe’s son stated to Williams, “The lady you killed is about half your size,” he told Williams. “… You wanted some trouble that night.”