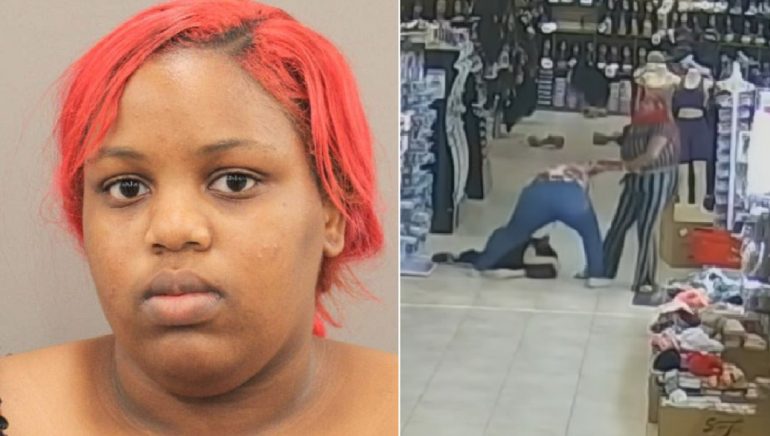 Store owner Jung Kim said she was punched in the face by a customer who hurled racial insults at her as she was viciously attacked and beaten, according to Click 2 Houston.

The brutal attack left Kim bloodied and bruised with a broken nose. According to Kim, the nose break is so bad, she will need surgery.

The violent encounter started after Kim said she asked Keaundra Young, Daquiesha Williams, and three other women to leave the store after they knocked over several wig displays.

“They started saying something like some racial words like, ‘Asian people shouldn’t be in the Black market,’” Lee explained. “We’re stealing their money.”

The video showed the women returning to the store, knocking over the displays again. Young eventually charged at Kim, punching her at least eight times. Lee said the women also scratched his face as he tried to fight them off his mother. Lee said the situation escalated when the pair nearly ran him and his father over with their vehicle in the parking lot, reported Click 2 Houston.

“We never thought this would happen to us,” Lee said. “All of my customers are nice to us. We are nice to them. We have a good environment here and a good experience here.”

Customers who consider themselves regulars are shocked.

“I think that’s terrible,” said customer Valerie Randle. “I don’t see any reason for anyone to do that to her. She helps whoever. She helps when you come to the store with whatever you need.”