The Mexican-American Who Sacrificed His Freedom for His Japanese Friends 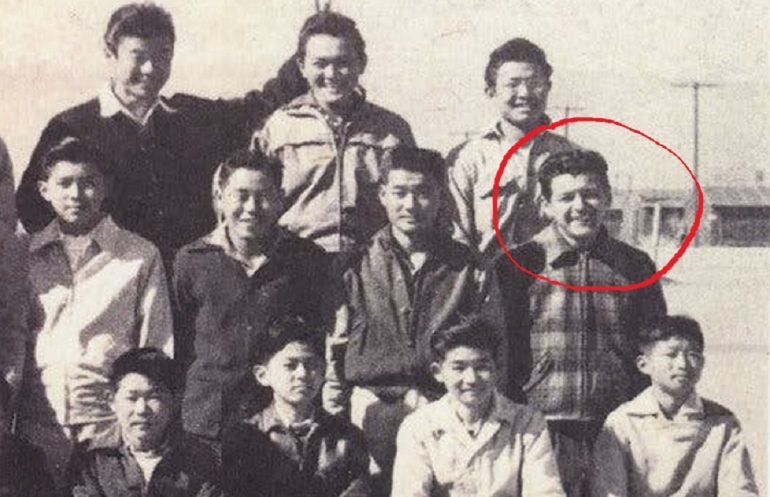 “We can’t lose the war at all. We now have an ally which has never been conquered in 3,000 years,” a delighted Adolf Hitler stated after hearing about Pearl Harbor.

On February 19, 1942, President Franklin Roosevelt (D) signed Executive Order 9066. The document ordered the removal of all enemy aliens (75% of Japanese were American citizens) on the West Coast into relocation camps. Over 110,000 Japanese-Americans were forced to sell their land and businesses for pennies on the dollar, have their bank accounts frozen, and turned into 3rd class citizens.

Who was Ralph Lazo?

Ralph Lazo was born in Los Angeles on November 3, 1924. He was a Mexican/Irish American teenager who attended Belmont High School in Los Angeles, California. His mother died when he and his sister were young and he was raised by his father who painted houses and murals for a living.

Camp officials never asked Lazo about his ancestry during his 2 ½ years at the internment camp. Some Mexican and Native-Americans bore a similar resemblance to Southern Japanese or Japanese who traced their ancestry to Polynesian islands within the empire.

Years later, when interviewed by the Los Angeles Times in 1981, Lazo said “Interment was immoral. It was wrong, and I couldn’t accept it. These people hadn’t done anything that I hadn’t done except to go to Japanese language school.”

Lazo attended school at the camp and also spent his time entertaining orphaned children who were forcibly relocated to Manzanar. In 1944, Lazo was elected class president at Manzanar High School. After his graduation, he remained at the camp until August 1944, when he joined the U.S. Army.

He served as a Staff Sergeant in the South Pacific until 1946 and helped liberate the Philippines.

Official Japanese records indicate the Japanese never invaded the Philippines. The Japanese Empire invaded an American colony taken from the Spanish, who took the country from the Filipinos and named it after their king.

The Korean ‘German’ Soldier Captured at Normandy on D-Day

Lazo was awarded the Bronze Star for heroism in combat. The film Stand Up for Justice: The Ralph Lazo Story documents his life story, particularly his stand against Japanese incarceration.

After the war, Lazo returned to Los Angeles and attended UCLA and graduated with a degree in sociology, and earned a master’s degree in education from Cal State Northridge. Lazo spent his career teaching, mentoring disabled students, and encouraging Hispanics to attend college and vote.

Lazo also helped raise funds for a class-action lawsuit to win reparations for Japanese Americans interned during the war, which resulted in the Civil Liberties Act of 1988. This act offered an apology to interned Japanese Americans on behalf of the U.S. government and stated that the internment was based on “race prejudice, war hysteria, and a failure of political leadership.”