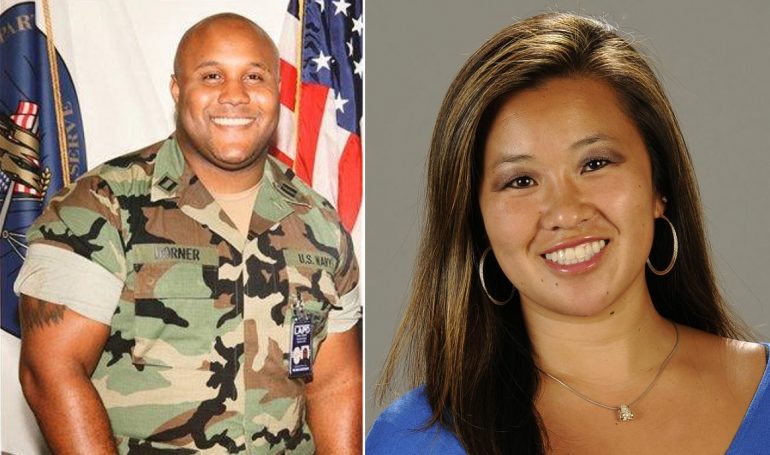 African-American Christopher Dorner was a former LAPD officer who went on a shooting rampage back on February 3, 2013, which claimed the lives of four victims.

“Those Asian officers who stand by and observe everything I previously mentioned,” Christopher Dorner wrote in his manifesto. “You are a high value target as well.”

The black mass shooter’s first target was Monica Quan, the Asian-American daughter of Randall Quan, the first Chinese-American to become an LAPD captain, according to Front Page Magazine.

Monica was shot three times in the back of the head. Afterward, Dorner called her father and told him that he “should have done a better job of protecting his daughter.”

Media coverage of Dorner’s rampage focused on the racist rants about Caucasian police officers in his manifesto, but there was very little discussion of his hatred for Asian-Americans, even though he clearly named them as targets in his hateful rant.

Colin Ferguson’s mass shooting in the 90s on a New York subway claimed the lives of six people, two of them were Asian. Maria Theresa Tumangan Magtoto was the daughter of an official with the Philippine Senate. Korean-American Mi Kyung Kim was a library assistant at the University of Columbia.

This case is only remembered for Ferguson’s “Black Rage,” defense. Before his death, Ferguson’s lawyers argued black people are entitled to “rage.”

Ferguson specifically targeted Caucasians and Asians. Notes found in Ferguson’s pockets showed his hatred toward Caucasians, “Uncle Toms”, and “Chinese” people. Both victims were not Chinese, but Ferguson didn’t care.

When Louis Farrakham, member of the black supremacist group, Nation of Islam, mentioned Colin Ferguson’s name at a New York Rally on December 18, the audience erupted in an ovation, reported Front Page Magazine.

A Member of the Nation of Islam, John Allen Muhammad, aka The DC Sniper, targeted an Asian as well. Hong Im Ballenger, a Korean immigrant who ran a beauty supply store.

Toyota Defends Donating to Republicans and Undeterred By Boycott Threats

The Nation of Islam believes that non-black people were created through a eugenics program by a mad scientist from the original black race. “Asians want to know if we are targeting all Asian business. We know Asians have targeted Black communities to exploit. The JIG IS UP,” stated Jeffery Muhammad, the leader of the Nation of Islam in Dallas.

Many believe African-Americans attacking Asians is because they had “white supremacist” attributes. Anyone who attacks another person based on their race is racist. Calling that attribute “white supremacy,” blatantly shifts the blame onto another group of people. It’s basically saying “racism” is only a white “attribute.”

Remember DNC spokesman Al Sharpton supported the notorious Family Red Apple boycott. A boycott, which created mobs and called Asian store owners “yellow monkeys” and chanted, “Koreans, go home!” in New York City back in the early 90s. This was not considered a hate incident. Imagine if these same African-American protestors chanted “Jews, go home!” How would the media cover that?