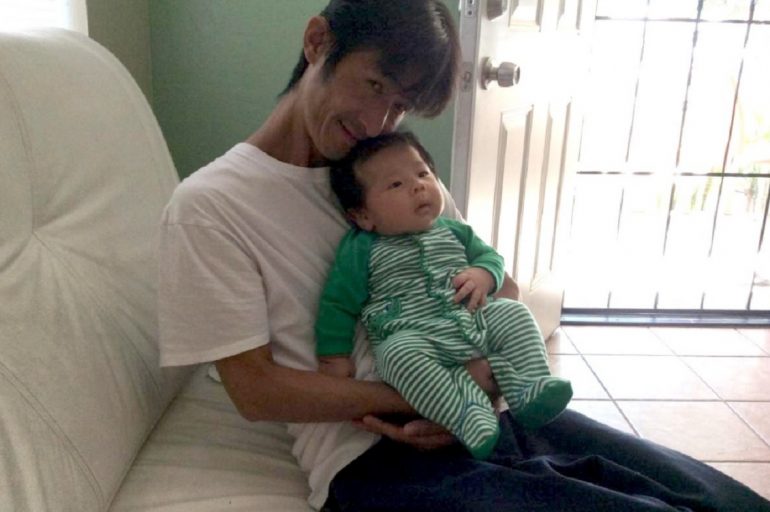 SAN DIEGO, California—Police are asking the public for help tracking down a hit-and-run driver who struck 47-year-old Tu Hoang Lam while he was helping his 6-year-old son get buckled into the back seat of his silver 2017 Toyota Corolla, according to NBC 7.

Lam was struck by someone driving a silver Saturn Vue. He was pinned against his car and suffered a pelvic fracture and other serious injuries. He was transported to the Scripps Mercy in San Diego for treatment and is currently listed in serious condition. Lam’s 6-year-old son was not hurt.

The 6-year-old son was actually the hero in this situation, according to family members. Even though he witnessed his father get hit by the SUV, he was alert enough to unlock his father’s phone for a witness who came running over and helped them get to a family member’s phone number, reported NBC 7.

Investigators said the driver of the compact SUV stayed in that spot for about 10 seconds, with the Saturn pinned against the Toyota, but then, as pedestrians approached, the driver backed up and drove away, exiting onto Redwood Street.

Video of the Saturn, which has damage to the driver’s-side front turn signal and bumper, was briefly captured by a security camera at a nearby business.

The hit-and-run driver fled west out of the parking lot. A description of the driver is not yet available.

Lam’s brother spoke with NBC 7 on Monday and said the entire family is in shock.

“Your mind just loses all focus. I see it in the kids; I see it in his wife; I see it in all of our family,” Xavier said. “So, you know, the best thing for us to do right now is to rally.”

Xavier said his brother is in a medically-induced coma and had already undergone two emergency surgeries by Monday night.