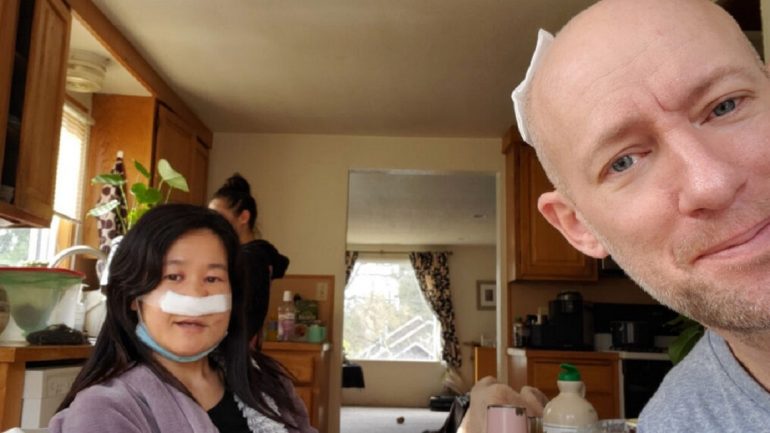 Poffenbarger, a registered nurse, is the boyfriend of Nasu, who teaches Japanese at Inglemoor High School in Kenmore, King County. At around 9:30 p.m. on February 25, 2021, they were walking near 7th and King Streets in the Chinatown-International District when Holdip approached them, reported Conan Daily.

Holdip allegedly put a rock inside a sock and used it as a nunchuck and struck Nasu in the face and Poffenbarger in the head. Nasu suffered extensive fractures to her face and teeth, she was treated at Harborview Medical Center in Seattle.

“He hit her so hard,” Poffenbarger said of Holdip and Nasu. “He hit me really really hard. I was amazed at how hard he hit my head and it didn’t knock me out. I thought for sure, I had a skull fracture.”

After the attack, Poffenbarger had eight stitches. He said Nasu had three fractures in her nose and many of her teeth in the bottom were broken while her cheek and mouth were severely bruised, according to Conan Daily.

The charges Holdip is facing have yet to be announced. He was booked into the Seattle Correctional Facility at 2:49 a.m. on March 4, 2021.

It has yet to be determined if the case is a hate crime. Nasu’s co-workers believe Holdip attacked her because she is Asian.

Korean Man Attacked With a Brick in K-Town

Holdip is a former emergency medical technician at the Fire Department of the City of New York (FDNY). He was accused of making threats against two paramedics after pulling a 3- to 4-inch blade in front of Brookdale Hospital in Brooklyn on March 10, 2011.

The FDNY assigned Holdip to a supply room while the investigation of the knife incident in 2011 was ongoing. During a hearing in 2014, Holdip told Judge John Spooner that he pulled the knife to “clean his nails,” according to the New York Post.

In September 2014, the FDNY finally fired Holdip. He lost his appeal in December 2020.