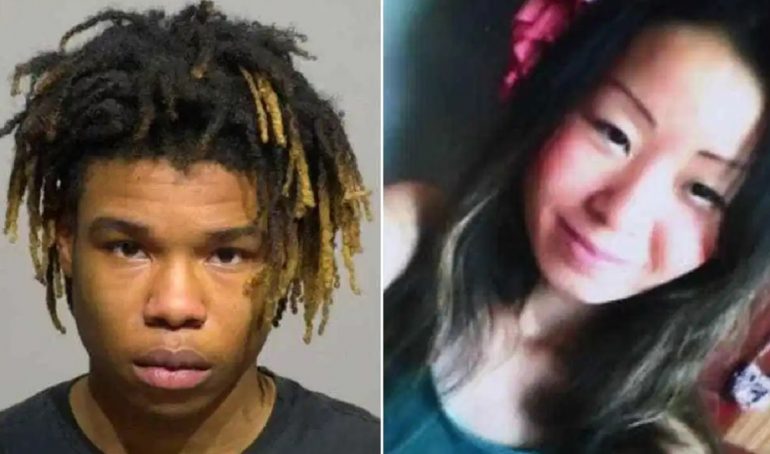 Two Milwaukee teenagers beat a defenseless, homeless Hmong woman with tree branches, gang-raped, stomped, body slammed, and kicked her, and filmed themselves laughing while they did it all, a newly filed criminal complaint alleges, according to Wisconsin Right Now.

They are accused of raping Ee Lee with such brutality that a veteran sexual assault nurse told police she had never seen an injury so bad.

All of this happened as other “kids” stood around watching, according to the complaint. The victim, Ee Lee, an apparent stranger to the teenagers who happened upon her sitting on a blanket in Washington Park, later died from severe head wounds. The complaint charges Kamare R. Lewis, 17, and Kevin T. Spencer Jr., 15, as adults, reported Wisconsin Right Now.

“They beat her extremely severely about the head. EL was so impaired when they finally finished beating her and sexually assaulting her that she was unable to talk or breathe,” the complaint says.

The full complaint can be accessed by clicking HERE. Be forewarned, it’s extremely graphic and disturbing.

The video, which circulated via Facebook messenger to their friend group, shows Lewis and Spencer “beating the victim and laughing,” the complaint says.

On Jan. 12, the mother of an eyewitness named KA called police and said her son might have a video authorities were interested in that was sent but later deleted by Lewis. She told police the video showed “two boys beating a lady, hitting her in the face, and her face was bloody.” She also said it looked like a “lot of little kids (were) standing around” during the attack.

Video footage recorded some of the teenagers say among many other things, “I love r*ping ch*nk b**ches.”

Lewis later told police that, after the attack, he thought Lee was dead or soon to be dead so he never called for help. He told police it wouldn’t have “made a difference and that he didn’t really care about her because she is not someone he knows personally,” the Ee Lee homicide complaint alleges.

DNA analysis found strong support for inclusion of Spencer and Lewis’s DNA on her denim jacket. Spencer’s DNA was also found on her body, the complaint says.

On Wednesday, September 16, 2020, at approximately 9:36 p.m., two people identified by their initials in the complaint contacted 911 regarding an “unconscious half-naked adult female victim lying on the ground next to the pond at Washington Park located at or near 1859 N 40th Street, in the city and county of Milwaukee.”

She was unconscious but still breathing. The criminal complaint gives her initials only, but she was identified in a medical examiner’s document, by family, and in previous news reports.

It appeared Lee “had been severely beaten and left for dead,” says the complaint.

When authorities arrived, they noted that Lee was “undressed below the waistline, consistent with having been sexually assaulted. In addition, she sustained “multiple severe contusions to her face and head.” She was taken to the hospital for treatment.

The complaint says her clothes – a blue jean jacket, leggings, socks, and shoes – were “located scattered near a pink blanket” that authorities believe she was sitting or lying on shortly before being attacked. The items were located about 100 yards from her body.

According to the complaint, the attack left Lee comatose and brain dead; she eventually died. A court order was obtained requiring a sexual assault examination of Lee.

“During the examination numerous injuries consistent with sexual assault were noted,” the complaint says. These were in addition to the “many inquiries EL sustained from having been severely beaten.”

She had a laceration and contusion to her private parts so significant that the laceration was “a type of injury not often observed during the course of her many years,” according to Wisconsin Right Now.