14-Year-Old Asian Girl Shot in the Neck and Spine, Over a Dozen Weapons Confiscated 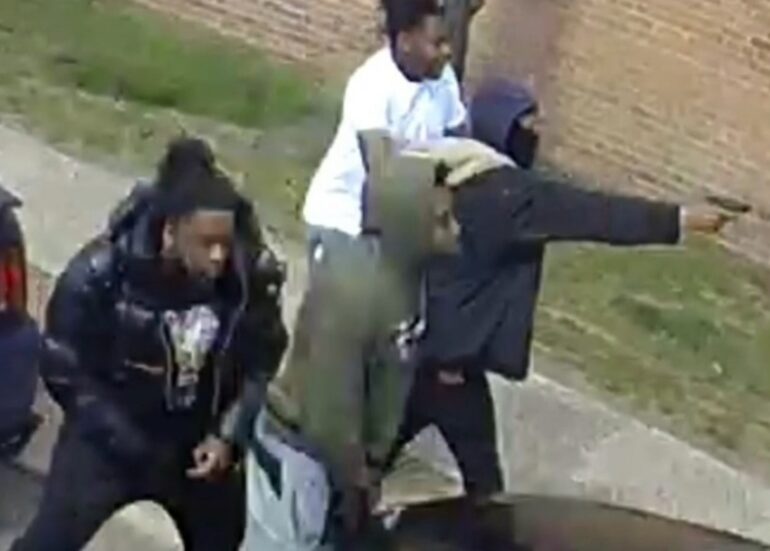 QUEENS, New York—A shocking discovery was made after metal detectors were sent to a Queens high school one day after a shooting nearby that left three teenagers injured.

“The weapons count went to over 20 and they’re still counting. I know they have a stun gun and pepper spray from one student, have a lot of knives,” Teamsters Local 237 President Gregory Floyd stated.

The number of weapons found at Francis Lewis High School on Thursday was astounding, to say the least, reports CBS New York.

Students at Francis Lewis High in Fresh Meadows had to wait in long lines and take directions from school safety agents on Thursday, following a broad daylight shooting that left three students wounded, including a 14-year-old Asian girl with gunshot wounds to her neck, one round lodged in her spine, and she still hasn’t regained consciousness, according to CBS2.

The group of students, many from Francis Lewis, were walking home on 188th Street. The occupant of a silver sedan began shouting at the kids and then multiple men got out of the car and opened fire, according to CBS police sources.

All suspects were identified as men with “dark complexions.”

“It’s not happening in the middle of the night. It’s happening in the afternoon, on a busy street, in a busy area where kids congregate after school,” Fresh Meadows parent George Douveas said.

“There should be no doubt that keeping New York City safe is my top priority,” Mayor Eric Adams told CBS2, adding, “It is unacceptable for prohibited items to be taken to school.”

However, the head of the school safety union pointed out the kids may have brought the weapons to school to protect themselves after the shooting, which happened in one of the safest areas of the city.

“This is troubling that children feel that they have to protect themselves because the adults are not protecting them,” Floyd said.

There have been 36,274 major crimes, like murder, rape, robbery, and assault, since Adams took office, up nearly 43 percent from 2021, according to CBS2.

As CBS2’s Ali Bauman reports, the latest NYPD shows 441 people have been shot citywide so far this year, up 8.6% compared to this time last year and up 85.3% compared to two years ago.