A New York City principal said the families of many of her Asian-American students have been fearful as heightened levels of anti-Asian sentiment continue in the Big Apple, according to NBC News.

Compounded with Mayor Bill de Blasio’s anti-Asian stance toward Asian students across all eight of New York’s specialized high schools, basically saying there are “too many Asians” in the school, i.e. between 60% to 70% of the schools, thus helping stigmatize Asian hard work and culture; isn’t making the situation any better.

New York City Schools Chancellor Richard Carranza considers Asian students to be “white-adjacent,” according to the New York Post. Mayor de Blasio and Carranza’s crusade against meritocracy and hard work have gaslit the situation to the point-of-no-return.

Racist incidents and attacks on members of the Asian community in public have, in part, persuaded some families not to send their children back to in-person schooling, administrators say, according to NBC News.

“Only 10 black students got into Stuyvesant in 2020 out of 895. Almost 70% of the students who made it in were Asian. What does that tell you? The SHSAT is racist. It is a by-product of white supremacy and Asians are honorary whites. We need to stop this.”

The New York administrator, whose school has a Title I distinction—meaning it has a significant percentage of low-income students—said students’ “fear is real even if they are two blocks away from school.”

“They’re afraid of leaving the apartment and coming to class, because they might get mugged or hit,” said the principal, whose school has a significant immigrant population. She spoke on condition of anonymity out of fear of retaliation.

In New York City, about 70 percent of Asian-Americans opted out of in-person learning, the most among all racial groups and almost twice the proportion of white students, reports NBC News.

Parents are scared not just of the bullying in school but also of the harassment other adults could direct at their families on the way to school.

Trump Now Has a 70% Chance of Winning Re-Election

New York Mayor Bill de Blasio recently changed the admissions policies for Stuyvesant High School and he did so by “altering” the Discovery Program. According to The Hill, “De Blasio changed the admissions standards so that a fifth of the seats at new York’s most renowned specialized high schools would be off-limits to students from middle schools such as Christa McAuliffe Intermediate School, which serves a large number of poor, Asian students.”

Christa McAuliffe Intermediate School sent more students to specialized high schools in New York than any other school. Out of 274 eighth-graders who graduated in 2018, 205 went on to attend a specialized high school, even though two-thirds of those Asian students were poor. That pretty much defeats the argument Black students can’t get ahead because they can’t afford the test prep classes.

Mayor de Blasio’s anti-Asian agenda has finally paid off. He has successfully helped the stigmatization of Asian students and ostracized them from attending school. His systematic destruction of meritocracy is almost complete.

His life-long dream of reducing the Asian student population from 70% to 20% in specialized schools to make way for dramatically less qualified African-American students might be a real possibility. Remember, if you can’t pass the entrance exam, there’s nothing wrong with you. The entrance exam is simply racist and a form of white supremacy. 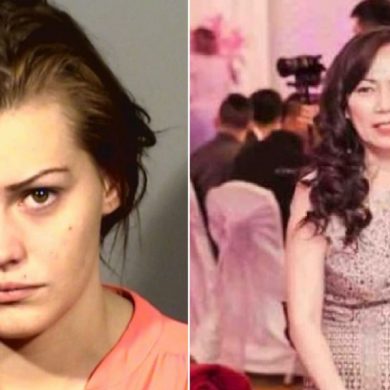