TAIPEI, Taiwan—The Biden administration has scheduled a conference call with Economics Minister Wang Mei-hua next week to discuss the global automotive semiconductor shortage. General Motors Co. and Ford Motor Co. potentially face $61 billion in lost revenue this year because of the shortage, according to Yahoo Finance.

There are only two chip manufacturers that supply the world with the latest and most cutting edge chips. America’s Intel has fallen three generations behind Taiwan’s TSMC and South Korea’s Samsung. America’s Apple has already pre-ordered nearly 60% of TSMC’s chipsets for their next-generation iPhones; making the global shortage worse.

Other countries like France are also feeling the crunch as they contemplate designing and manufacturing their own microchips. There are several problems with that approach and make it almost impossible to carry out.

Should a country spend hundreds of billions of dollars and five to 10 years developing its own chip design to match TSMC’s capabilities today? Meaning, develop Taiwanese or South Korean 2021 technology in the year 2031? By that point, TSMC and Samsung should have already increased production and infrastructure to supply the world.

TSMC vowed to reallocate capacity to support the global automotive industry. Some industry observers say the shortage stemmed from near-sighted planning and under-estimation of a post-Covid rebound in automobile demand, while others argue chipmakers are prioritizing higher-volume and more lucrative consumer electronics such as smartphones, according to Yahoo Finance.

This whole predicament shouldn’t even be happening. We were thought in school in the Western world that “diversity” is superior. How did homogenous companies like TSMC and Samsung manage to gain an absolute advantage over its diverse competitors like Intel or AMD?

Intel is the most diverse chip designer and manufacturer in the United States. Nearly 4% of Intel’s top engineers are African-American as of 2018, which is well beyond the industry average, according to Silicon Valley Business.

4% may not sound like much, but 4% diversity should be enough to outperform and overtake 100% Asian TSMC and Samsung because diversity is a strength? Silicon Valley’s ultimate goal is to reduce Asian-American and Caucasian-American employees and increase African-American representation by at least 25% by 2035. Maybe that will be the secret weapon that will allow America to finally compete? 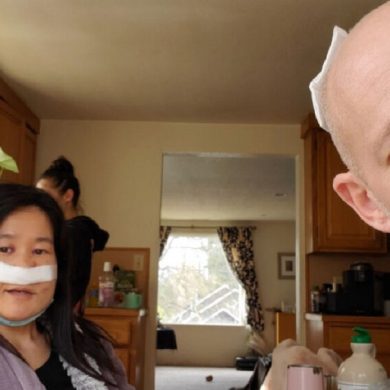