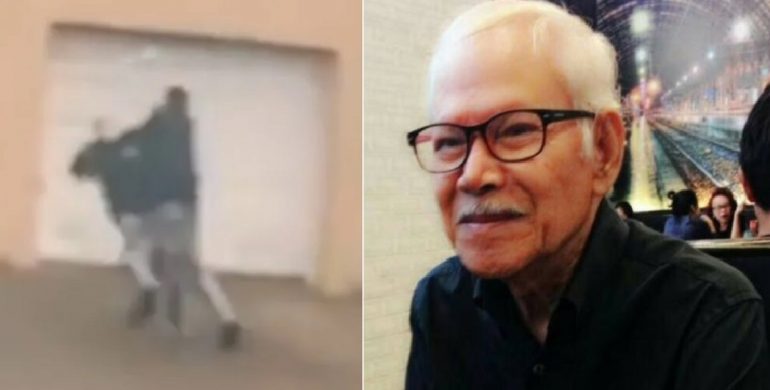 Police in San Francisco arrested a 19-year-old African-American male named Antoine Watson on Saturday, January 30, on suspicion of murder for an attack last week on an 84-year-old Asian man in the city’s Anza Vista neighborhood, according to Fox KTVU. The victim was later identified as Thai-American Vicha Ratanapakdee.

Watson was booked on suspicion of murder, elder abuse, and assault with a deadly weapon. Police also arrested 20-year-old Maylasia Goo on suspicion of being an accessory after the fact.

The city isn’t releasing mugshots anymore because the mugshots are disproportionately African-American.

According to Vicha’s GoFundMe page, “Eighty-four-year-old Vicha Ratanapakdee died at 3AM on Saturday, January 30, 2021 at S.F. General from injuries sustained while on his morning walk in the Anza Vista neighborhood of San Francisco. Originally from Thailand, he was a nearly blind, gentle person beloved by his family. He was violently taken from them by a despicable 19-year-old thug that came to his neighborhood in a stolen vehicle and decided to prove how tough he was by brutalizing a senior citizen. Our family has endured multiple verbal Anti-Asian attacks since the beginning of the pandemic, this time it was Fatal.”

Imagine if an Asian or Caucasian teenager brutally attacked an African-American senior citizen without cause? Can you imagine the hundreds of Asian stores being burned to the ground like 2020, the murals painted on the walls, the weeks of looting and destruction in the name of justice?

However, the victim was an 84-year-old Asian man and the assailant was African-American, which does not fit the narrative. Therefore, there will be no national outrage, no murals painted on walls, no looting or pillaging of cities and neighborhoods.

Vicha Ratanapakdee‘s GoFundMe page can be accessed by clicking HERE

African-Americans are only 13% of the US population, however, 28% of all violent crimes committed against Asians are from the black community. For perspective, Asian-on-Black crime amounts to less than 0.1% of all crimes committed against the black community, according to the 2018 U.S. Justice Department Criminal Victimization Report released September 2019, page 13.

Again, if those numbers were the other way around, the black community would be screaming for blood.

A declaration of war against the Asian-American community has been made. President Trump’s administration is gone. The perpetrator isn’t Caucasian. What could possibly be the excuse this time? The murderer is actually a “Proud Boy” wearing a fake black mask?