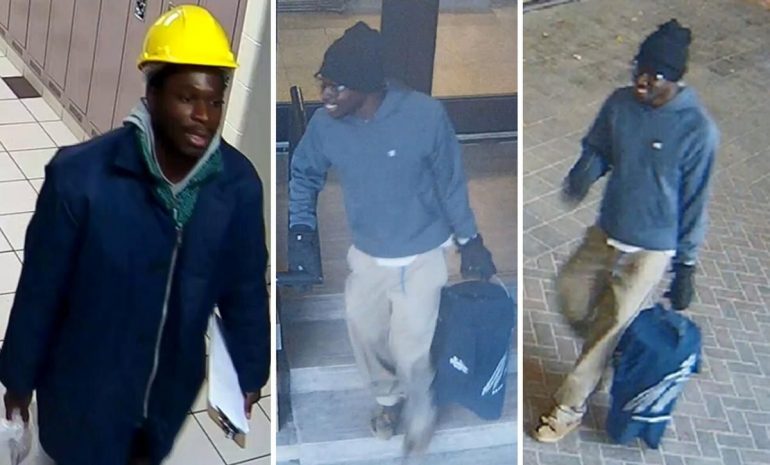 TORONTO, Canada—Many readers may recall multiple incidents involving a 23-year-old Ghanaian Samuel Opoku running around the campuses of the University of Toronto and York University dumping bucket loads of his feces onto five Asian people in three separate incidents back in November 2019. He was arrested later that month.

Police spokesman Victor Kwong said that although all the victims are Asian, authorities do not believe the attacks were racially motivated.

“We don’t know if that’s the connection, because we have different parts of Asia in there,” Kwong told the Star. “Some (of the victims) were from the west side, some from the east side — so it’s not like they were all Chinese, per se,” reports the New York Post.

He was released on $1,000 bail in December 2019 with conditions that include him not getting in contact with the victims and avoiding the area where the attacks took place, according to The Star.

Global News obtained documents that showed Opoku was convicted of criminal harassment on March 8, 2017, however, he was given a suspended sentence and put on probation for two years. Canadian-Africans should be shown leniency after suffering hundreds of years of racial oppression.

Opoku also had to submit his DNA to the DNA databank and was given a lifetime weapons prohibition. Since being sentenced, he was also convicted twice for failing to comply with his probation.

It’s been over a year and Opoku’s charges haven’t been upgraded to include “hate-crime.” It seems specifically targeting a group of people based on their race or ethnicity isn’t the threshold needed to be categorized as a hate-crime in Canada or the United States, especially if they’re Asian.

Why bring this up, it’s been over a year? Because if we don’t remind ourselves about society’s hypocrisy when it comes to Asians, how will things change?

This will cause division between our communities! There is no unity if it requires our silence and compliance. If that’s what you’re interested in, look somewhere else for your social justice recompense.

Feature Image via The Star