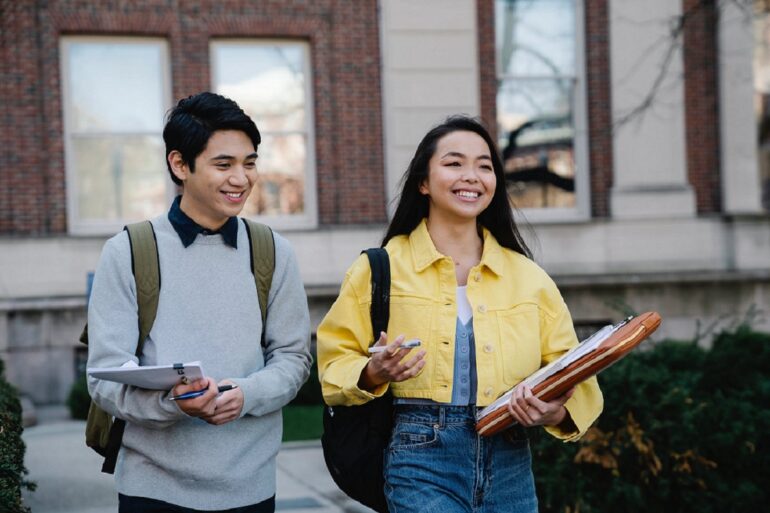 Claude Hilton, a U.S. district judge for the Eastern District of Virginia, ruled that TJ’s (Thomas Jefferson) did indeed change its admissions policies to increase the number of less qualified African-Americans at the cost of Asian-Americans, reports the Gazette.

The ruling is a victory for the Coalition for TJ, a group of parents, students, alumni, and local community members who sued Thomas Jefferson for discriminating against Asian students by replacing its merit-based admissions with a lottery-based system.

During the 2020-2021 school year, Asian-Americans were 72% of the student body but dropped 19% the following year after the lottery-based system took effect.

One supporter of the lottery-based system commented: “Black people need to dominate these schools like we dominate sports. If it means little Ling Ling can’t get her spot, oh well, she’s not really an American, anyway.”

It became very clear the goal of the new lottery system was to increase the number of Black and Latino students attending Thomas Jefferson at the expense of Asian-American students, according to the Gazette.

All 12 members of the school board who supported the change were endorsed by the Democratic Party, reports Uherd.

Watch the 45 seconds in which the 12 @fcpsnews school board members—all endorsed by @FairfaxDems—colluded and unanimously voted to kill the race-blind, merit-based admissions tests to TJHSST, ushering in systemic racism against Asians. #resign
full video: https://t.co/AHxkKWkEam pic.twitter.com/yxqCInIxN6

In his ruling, the Republican-appointed Hilton wrote that the “discussion of TJ admissions changes was infected talk of racial balancing from its inception” and that board members “sought to use geography to obtain their desired racial outcome.”

“Even aside from the statements confirming that the board’s goal was to bring racial balance to TJ, the board’s requests for racial data demonstrate discriminatory intent,” Hilton wrote. “Discriminatory intent does not require racial animus. What matters is that the board acted at least in part because of, not merely in spite of the policy’s adverse effects upon an identifiable group.”

“That is the case here,” the judge continued. “The board’s policy was designed to increase Black and Hispanic enrollment which would by necessity, decrease the representation of Asian-Americans at TJ.”

“For well over a decade, the admission process at Thomas Jefferson High School for Science and Technology continuously failed to identify all Black, Latinx, and underserved Asian American students with the aptitude to excel at TJ. All students deserve a fair shot at receiving an excellent education, regardless of their income, where they grew up, or their racial and ethnic background,” the group stated.

Many critics point out the test is the test, it knows no skin color. If students are unable to pass the admissions test, then they’re not qualified to enter Thomas Jefferson. Does that mean every player who failed to make the team for the Los Angeles Rams still deserves to play? The soldier who failed Navy SEALS training still deserves to be a SEAL?