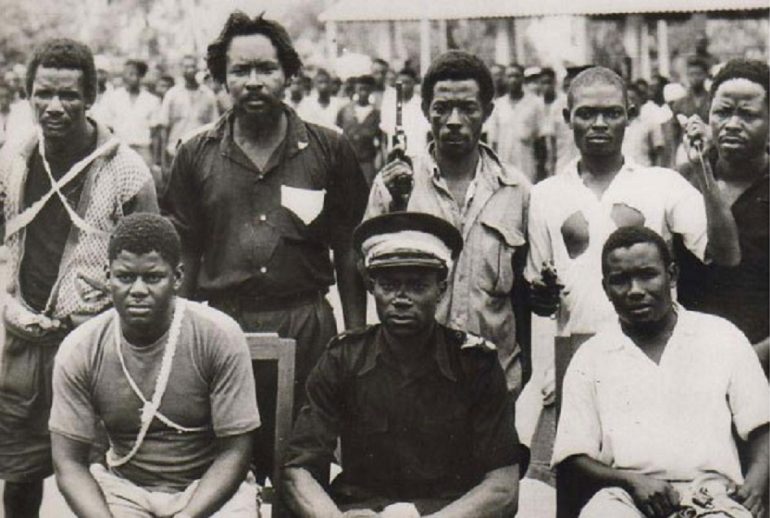 “Asians are too successful! That’s not fair!” Sounds familiar? A phrase said more than once during the systematic destruction of merit-based admissions from Lowell High School in San Francisco to Stuyvesant High School in New York to Thomas Jefferson High School in Virginia, according to Progressives Declare War on Asians, Meritocracy and STEM.

This way of thinking is dangerously similar to what happened in Zanzibar, an island off the coast of East Africa on January 12, 1964. The island was a British protectorate up until the mid-1960s. The island was given independence and turned into a constitutional monarchy with democratic elections.

The island nation was populated by 300,000 people at the time. 230,000 Africans, 50,000 Arabs, and 20,000 Indians. The African majority was worse off than the land-owning Arabs and South Asians and this led to African-backed parties winning the majority of the votes in 1964, according to Areo.

For most of Zanzibar’s history, the majority of wealth came from Asia as they traded with Indonesians for over 500 years. Even back then, the Arabs skillfully put themselves into positions of power to control the wealth entering Zanzibar via Asia.

Enter John Okello. He was an African Christian preacher and belonged to the minuscule Christian minority on the island. He was also a convicted rapist and was bitter Christianity held no appeal amongst African Muslims and Hindu South Asians. However, he found racial hatred a more effective way to motivate his African brothers into action.

What would follow would become the “Zanzibar Revolution,” however it was actually a genocide.

According to author Don Petterson in Revolution in Zanzibar: An Americans Cold War Tale:

“He told his men that when the fighting began, they were to kill all Arabs between the ages of eighteen and fifty-five… Virgins and women whose husbands had been killed or detained should not be raped (all others, presumably, were fair game).”

The racial hatred Africans had towards South Asians and Arabs turned into one of the bloodiest episodes in the 20th century. African militiamen went from house-to-house, murdering, torturing, and raping every Arab and South Asian they could get their hands on.

Many South Asians fled the island, including Indian-Parsi Freddie Mercury and his family—who eventually settled in England. Many others weren’t so lucky. In a scene in 2018’s Bohemian Rhapsody, Brian May asked Freddie’s dad why they left Zanzibar, and Bomi Bulsara (Freddie’s dad) replied, “We didn’t leave, we were chased out with just the clothes on our backs.”

Over 20,000 Arabs and South Asians were viciously murdered for simply being Arab or South Asian. Witnesses “saw the bloody bodies of men lying by the side of the road. Some had been mutilated, their genitals stuffed into their mouths.” The genocide lasted months.

A Precautionary Tale of Self-Defense with Jarred Ha

Okello alone was responsible for thousands of rapes of Arab and South Asian women. He later dubbed himself the “Field Marshal of Zanzibar and Pemba.”

The elected African officials in Zanzibar were unable to govern the island and completely justified their excuses for genocide by openly stating “the Arabs and Asians control everything. That’s not fair.”

The island was shortly annexed by neighboring Tanzania who quickly swept the genocide under the rug.

John Okello later bounced around between African nations from Kenya to Uganda. Never really viewed as a “war criminal,” and often times praised as a hero for killing so many Asians and Arabs. However, he later “mysteriously disappeared” after meeting with Ugandan president Idi Amin in 1971. Many believe Amin viewed Okello as competition and had him killed. But no one really knows.