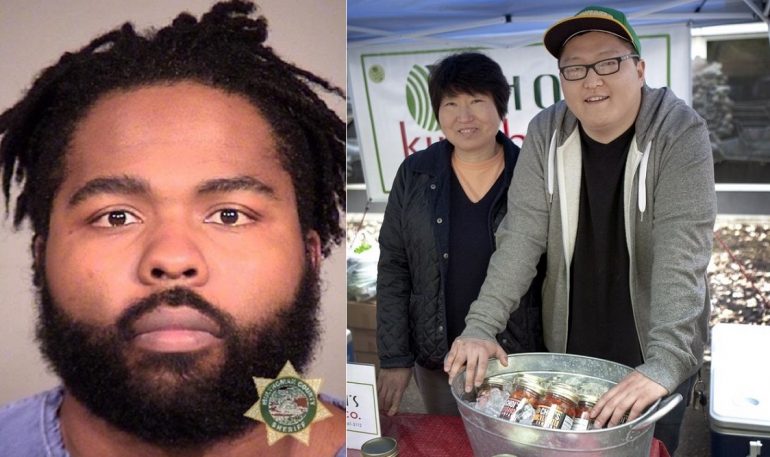 Coe entered Choi’s apartment around 2 am while he was sleeping on the couch and his girlfriend was sleeping in the bedroom, according to the Multnomah County District Attorney’s Office.

The girlfriend woke up from the sound of the front door closing and saw a dark figure run toward the bathroom. She immediately woke up Choi and then called the police.

Choi’s girlfriend then went into the bathroom while on the phone with 911. Coe allegedly came in and tried to stab her. That’s when Choi entered the room, grabbed the suspect, and was stabbed multiple times. The girlfriend was not injured, according to KGW 8.

When police finally arrived on the scene, they found a green backpack in the communal trash room next to Choi’s apartment. The backpack contained two social security cards that had been stolen from two different residents at Choi’s complex, reports KGW 8.

Upon further investigation, police identified Coe wearing a green backpack in surveillance footage around the complex on the night of the murder. Coe could not explain how the backpack ended up next to Choi’s room when interviewed by investigators.

Authorities say Allen Coe and Matthew Choi lived in the same apartment complex. Coe was booked into Multnomah County jail on charges of first-degree murder, first-degree attempted murder, unlawful use of a weapon, identity theft, and first-degree burglary, according to KATU 2.

“This is going to be a big hole in our small food world,” said Nikki Guerrero, founder of Hot Mama Salsa, last month.

She knew Choi from the Portland Farmers Market. They also both sat on the board. She said his connection to his roots inspired her.

33-year-old Matthew Choi was fatally stabbed to death inside his apartment building early Sunday morning, October 25, according to KGW8.

Choi was stabbed to death inside his apartment building near the intersection of Southeast 12th Avenue and Pine Street. The building does have a secure entrance, police said.

“Matt’s life was senselessly taken away early Sunday morning when a stranger broke into his apartment while he was asleep and took his life.”

Feature Images via KATU 2 & The Oregonian