7-Eleven Clerk Killed and Takes One Robbery Suspect with Him

DALLAS, Texas—Police are still trying to determine what exactly happened during a deadly attempted robbery at a 7-Eleven in Northwest Dallas, according to Fox 4.

According to police, one of the suspects, 22-year-old Cesar Albert Molina was critically injured at the scene after being stabbed several times in the face by Choyena. Molina was taken to the hospital and later died.

During the struggle, Choyena also managed to temporarily wrestle control of a gun away from one of the suspects and shot a 17-year-old suspect and also shot a wounded Molina already suffering from stab wounds before being shot multiple times by the third suspect. After the shooting, the two surviving robbers fled the scene and left the women outside the store.

When police responded to the scene shortly after midnight, Tuesday morning, they found Choyena deceased on the floor as well as Molina suffering from multiple stab wounds on the face and a gunshot wound. According to Fox 4, the women were questioned by police.

From third party reports, the 7-Eleven’s cashier section is covered with blood and will take days to clean.

Not long after the robbery, police say an injured 17-year-old suspect showed up at a hospital and was treated. He refused to cooperate with authorities and refused to answer basic questions about the robbery or his injury. Once released, police say he’ll be booked into jail for murder.

7-Eleven is owned by Japan’s 7 & I Holdings with over 68,236 locations worldwide 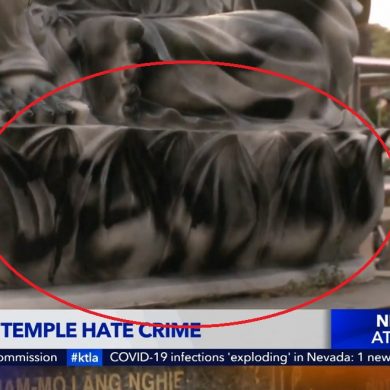